The current Liverpool kit deal with New Balance will expire after the season 2019/2020.
Negotiations are currently under way for a new contract. Either with NB or most like with one of the following 3 heavy weights: Nike, Adidas, Puma.
Click here to read a speculative article regarding who may take over . . .
Puma having signed with Manchester City just recently,  Adidas having signed recently with Arsenal, and already having Man Utd under contract as well, as Nike being represented by Tottenham, Chelsea, and the English national team – well, none of them are really desperate to land yet another deal. Even if Liverpool is large prize to catch. 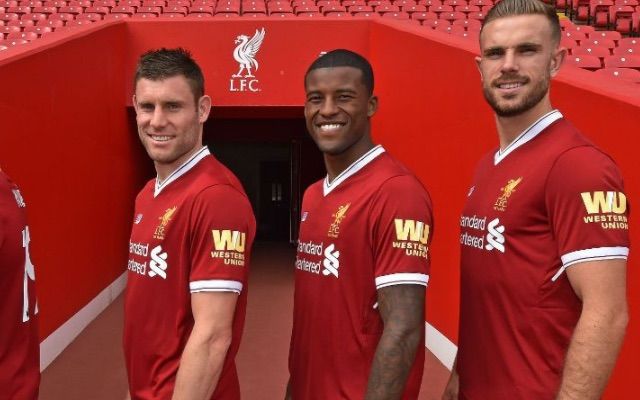 New Balance will be left without any top team if Liverpool slips away. Celtic, Porto, Lille while being strong sides domestically and locally do not have the global appeal of a club like Liverpool.
Our money will be on New Balance renewing the current deal but at a high price. Most likely in the 70-80m£ a year range.