Nike has decided to launch a new away jersey for their major teams in an uneven year meaning no major international tournament is on the agenda.

Only exception is Brazil because they will participate in the Confederations Cup in June. Therefore a new Brazil home jersey has been launched.

In the case of Portugal it is an all black away with a pattern in black depicting the Portugal football association logo.

The home jersey will continue until spring new year when the World Cup 2014 kits will be revealed. 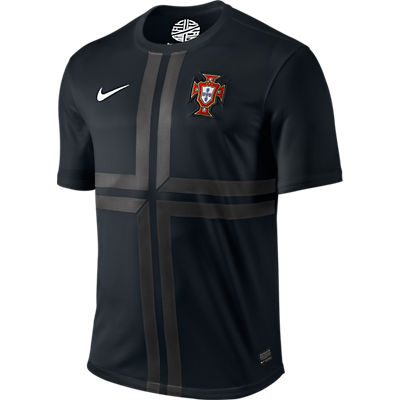 The white Portugal away jersey from the EURO 2012 which was well-received by the fans will continue as well.

So it will depend on the opposition whether Portugal will wear red , white or black over the course of the remaining qualifiers for the World Cup 2014.