New Egypt home jersey for the World Cup 2018.
Egypt qualified from the African confederation and was among the first teams to secure a spot in Russia. Egypt has won many African nations cup titles but participation at the World Cup has been rare. Finally Egypt made it to the World Cup after a long absence and they must be quite happy about the draw. Russia, Saudi Arabia, and Uruguay. Hard to find a weaker group than that. Russia and Saudi being the two countries with the lowest FIFA ranking, and Uruguay being a team which has not excelled neither at a World Cup nor at Copa America for a long period og time.
The grand star for Egypt is the new Liverpool starlet Mohammed Salah. Interesting to see what he can achieve with Egypt rather than with the other 3 members of the Fab4 of Liverpool. 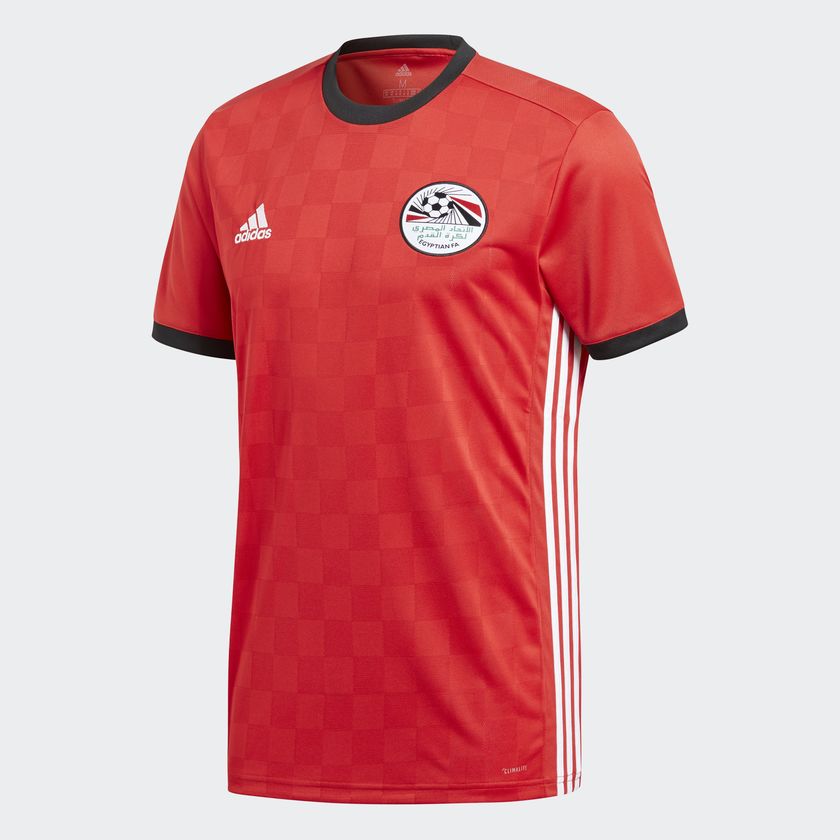