Black and red stripes. But not with a yellow name and number kit. The names and numbers for Germany away will be silver.
Only at the socks is there a silver lining of yellow to be seen. Otherwise it is pretty much a black and red affair. 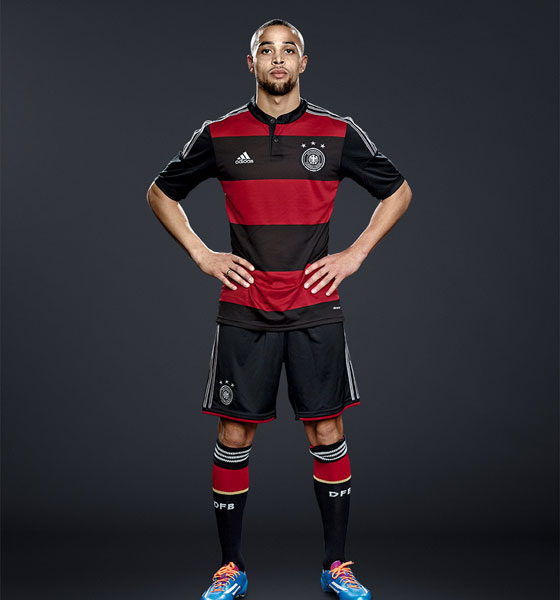 The cleats shown in the image is the Adidas F50 samba cleat. The one used by Messi among others. It is a lightweight line of footwear and the design in this version is blue with white stripes and orange shoe laces. Adidas does this on purpose of course. They pick a player who is contract with Adidas to endorse their products and uses him for the presentation of the new Germany away kit. Thereby he is All In Adidas. As simple as that.

The new Germany away jersey from adidas has been released end of February 2012.

The jersey is green with white 3-stripes and white bands at the arm edges. Crew neck collar and the usual suspects of adidas and DFB logos to the chest.