The official Valencia name and number kit 2013/14 is black with a white outline.

The name set will be used both with the home and the away jersey. 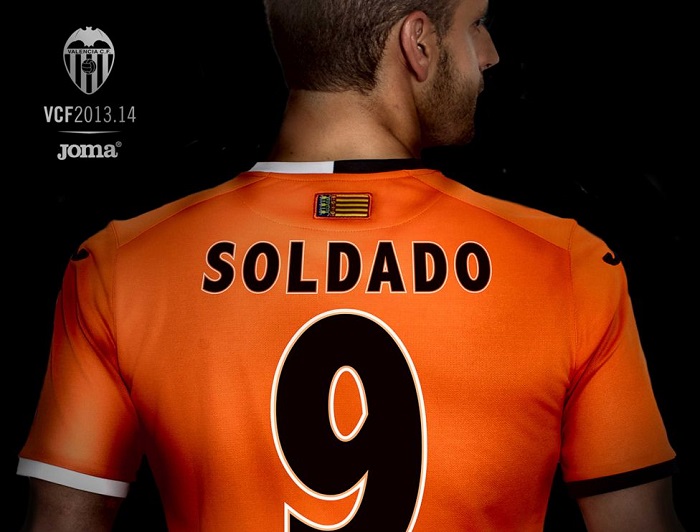 One can see that there is small Valencian flag at the backside of the collar. A recurrant theme with FC Barcelona and their Catalan flag. But Valencia is also an autonomous region so they also have their own flag and which has now become part of the jersey design.

Will Soldado be part of the squad when the season kicks off ? well that is an entirely different matter.