Athletic Bilbao played in Nike for a number of seasons and prior to that in Umbro.
However, starting with the season 17/18 the club will wear New Balance. New Balance is making a strong push into the football industry picking up a number of clubs across Europe.
The crownjewel being Liverpool FC but other sizeable teams have also been put under NB contract: Sevilla, Porto, Celtic, and now Bilbao. Spanish , English and UCL football are the most popular leagues in the USA. But maybe other clubs in France like Lille, + teams in Germany, and Italy will also follow. Besides a potential increase in players wearing NB footwear.

The home kit is red/white striped. The away kit is black. The third kit is blue/white/red (almost like the Real Sociedad uniform or FC Porto for that matter). 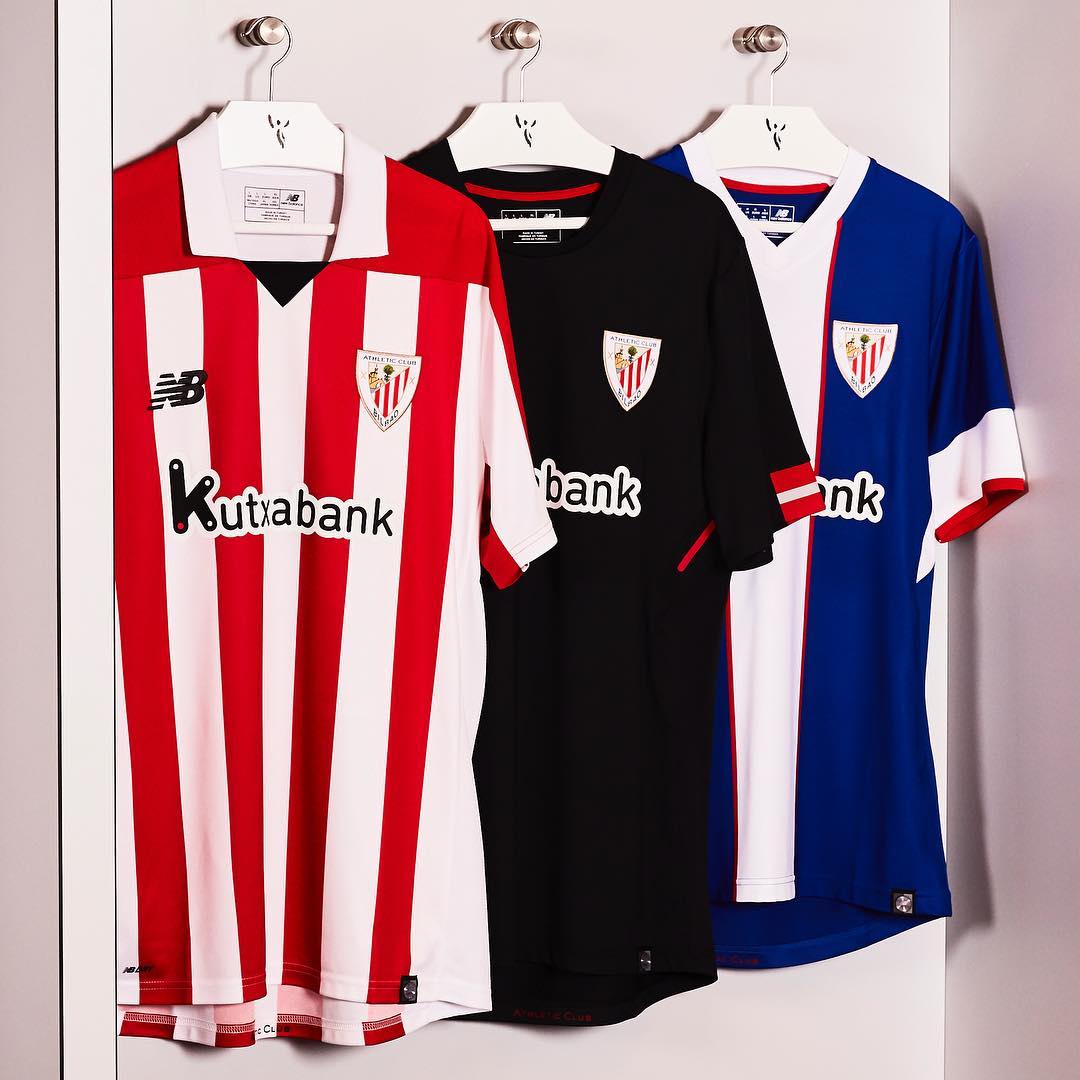