Juve away printing for the season 2013/14 designed and produced by the exclusive producer of Juventus name and number sets: Italian company Stilscreen. 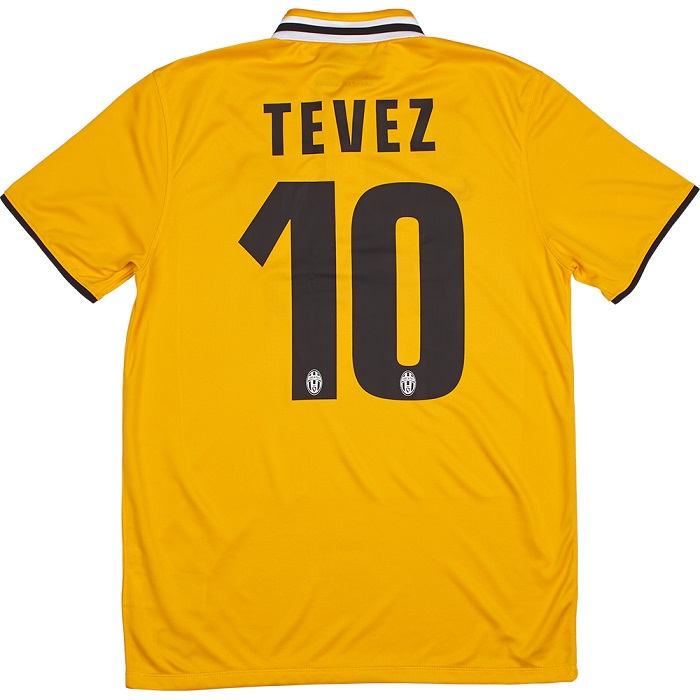 A relatively simple name and number kit in one color and in a rather straight forward font.

The only thing which breaks a bit with conformity: the club logo engraved in the numbers.

and then there is the badge. Scudetto. The only league in Europe where the league winner badge goes to the chest rather than to the sleeve. 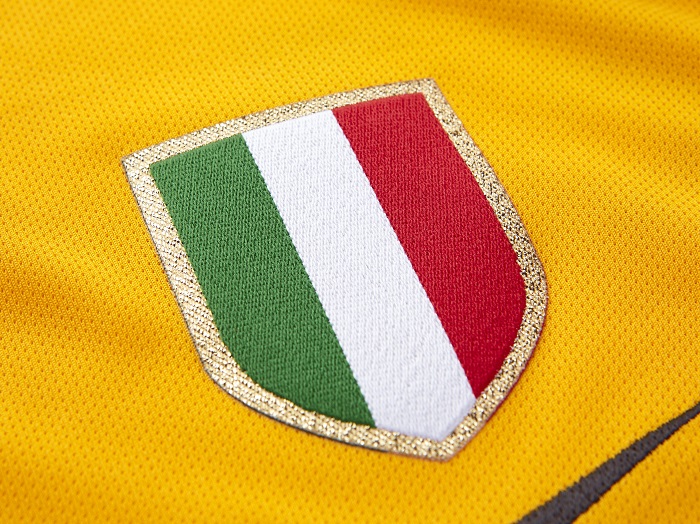 The Scudetto badge is also a Stilscreen creation. It comes as standard with the jerseys but it has to be applied by either the sporting goods store selling the jersey or the customer using an iron at home.