The Manchester United home jersey for the season 2013/14 is red with a black accent.

The official Premier League name and number kit is white with a black edge.

The sleeve badges to promote the league and the official league sponsor are gold though not in solid gold for the record.

The name of the player in the example below is RObin VAn PErsie. so what do you put on the jersey ? lower case v dot + Persie. Pure logic right ? Did anyone say Gizmooooooooooooo 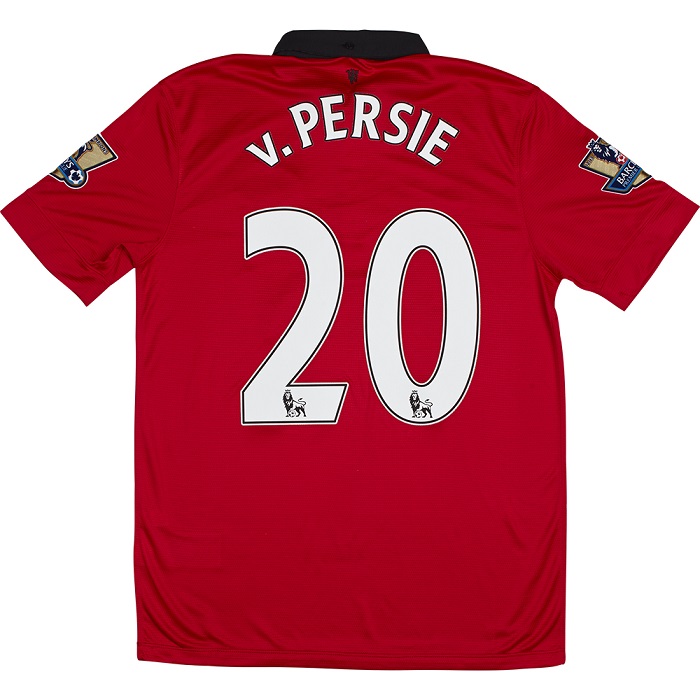 The exclusive supplier of the official Premier League names and numbers Sporting ID decided to change the material from Senscilla which is a material called flock to a plastic material which they have named PS PRO. Not sure if it can be considered to be PRO technically speaking but do not discount the name for what it is. 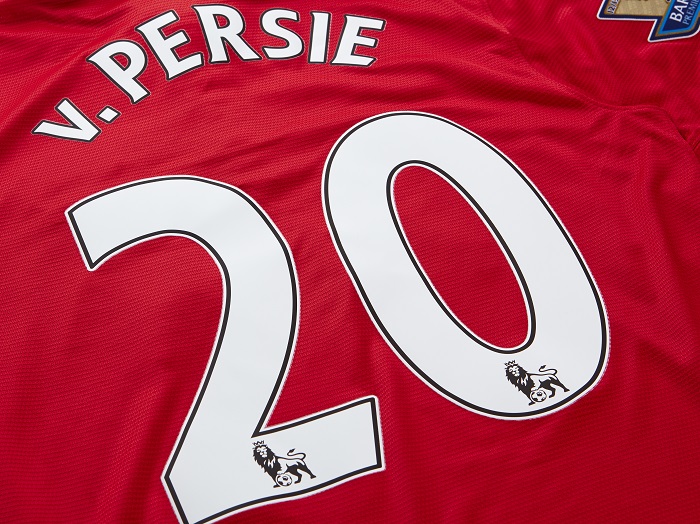