FC Bayern won no less than 3 titles during the spring and early summer of 2013.

Therefore the jersey of FC Bayern for the season 2013/14 is fairly well-decorated. 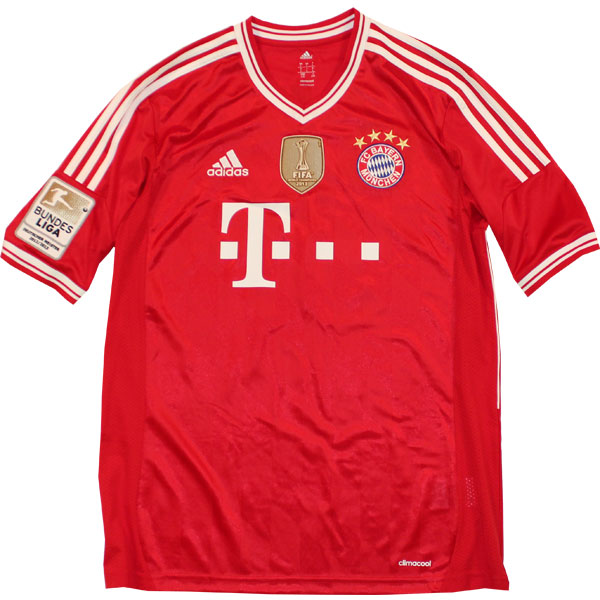 To the chest one can see another gold patch which is the FIFA World Club Champions 2013 badge indicating that FC Bayern won the WCC back in December of 2013.

No badge is granted to the winner of the German cup tournament so therefore there is not a third badge on the jersey.

In the German Bundesliga there is a sponsor logo to the left arm sleeve but this is absent here since it does not really make the jersey prettier. It is rather a distraction than a bonus.