The FC Bayern UEFA Champions League away jersey for the season 2013/14 comes with 2 sleeve badges.

The sleeve badge to the right arm is the version of the UCL StarBall which is exclusively for the reigning champ.

Thus the depiction of the trophy with the big ears and the year 2013 engraved.

The badge to the left arm sleeve (seen from the perspective of the player) is the UEFA honors badge which can be worn by those clubs which have won 3 consecutive titles or 5 titles all in all.

FC Bayern in principle lives up to both criteria since the club has won the UCL 3 times in a row back in the 1970s and since then a further 2 titles which brings the total to 5. 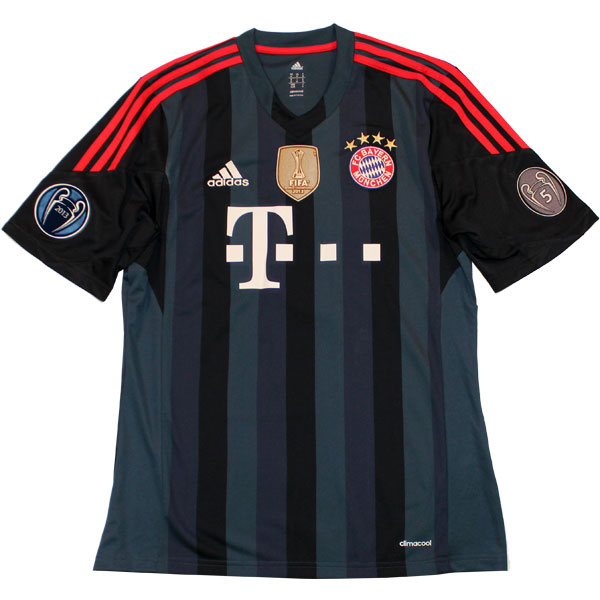 Finally the gold patch to the center of the chest is the FIFA World Club Champions badge which reads the year 2013.

FC Bayern won the tournament versus the other continental champs in Morocco in December and thus has the right to wear the badge until December 2014.