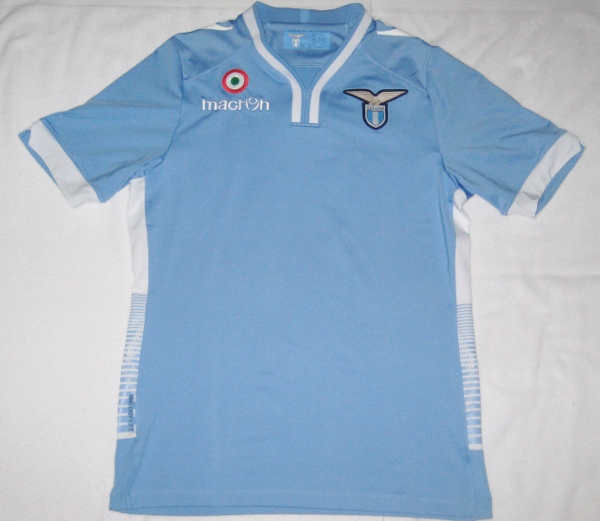 In the modern day context, SS Lazio is regarded as a dark horse of the Serie A.  Finishing in the top ten eight times in the past decade, they are slowly emerging as a force to be reckoned with.  Deeply rooted in tradition, their 2013/2014 season shirt highlights and pays homage to their long and illustrious history. 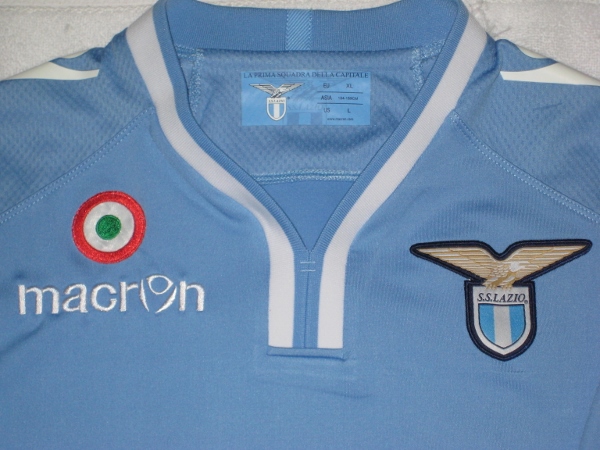 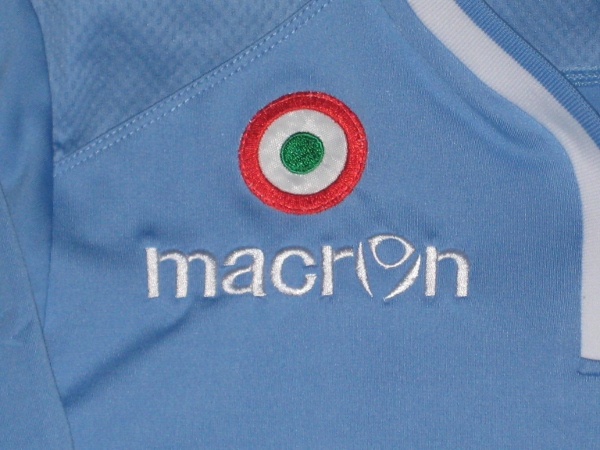 Aside from the Coccarda patch, it’s easy to dismiss this kit as being yet another generic Lazio shirt but it warrants a closer inspection as its true elegance lies in its subtlety.  Sporting the classic sky blue colors, this shirt features a crew neck like ribbed collar with an embroidered team badge and Coccarda patch, which commemorates the team’s victory over their rivals AS Roma in the 2013 Coppa Italia Final. 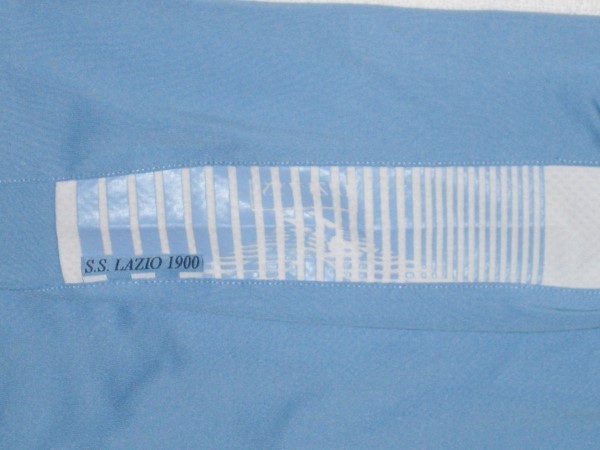 The most striking features are the heat pressed graphics on each side.  These stripes are more than just a tacky design because when laid flat, the patterns make out the Lazio eagle. 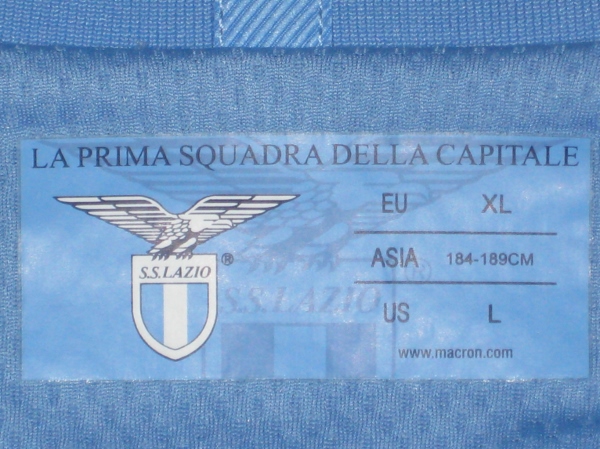 Moving on, it should be noted that Macron shirts do not follow the contemporary sizing charts found on many other athletic apparels.  This particular shirt is an authentic player shirt so naturally, the cut is much more tighter than the replica counterparts.  Seen in the photo above, a size XL authentic roughly measures to a U.S. large but that is being on the generous side as the fit is comparable to a loose U.S. medium shirt than a true large. Macron shirts are developed and engineered with the athletes in mind so opting for a the next size up would be the best bet for most people.

Also, this shirt is made of 88% polyester and 12% spandex.  Spandex for any athletic clothing is never a good thing and as expected, the ventilation is subpar and if you’re planning to wear this in matches or if your body is prone to overheating while playing, strongly consider a different shirt. 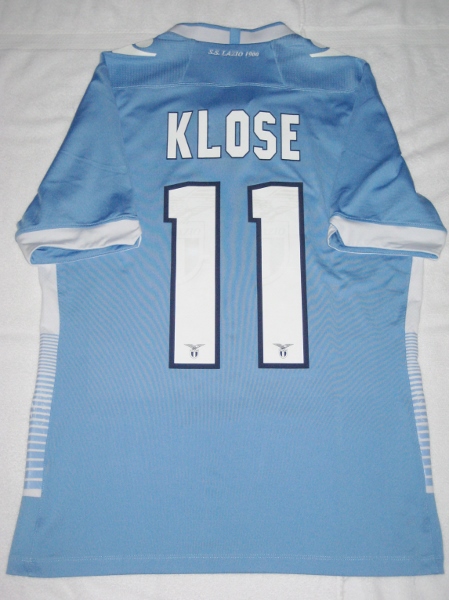 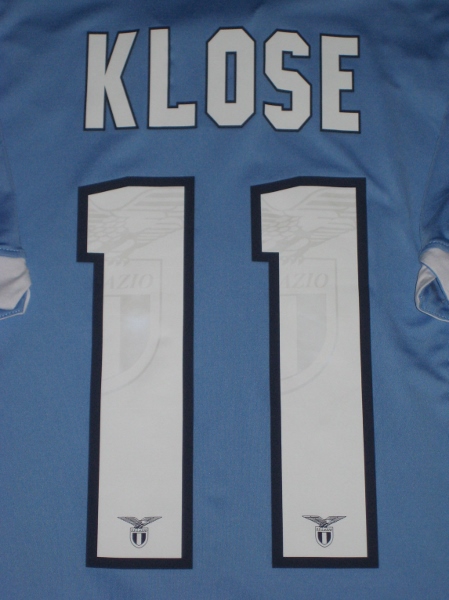 One can argue that a player’s name and number is not necessary on some shirts but this one is an exception.  Deko Graphics recently took over as the team’s main supplier of the authentic printing after the 2011-2012 season and what they’ve done has been nothing short of amazing.  On each of the numbers, there are two Lazio badges sublimated onto the prints.  One can be seen on the bottom on the number and the other is a feint outline found on the upper half.

In summation, this is an excellent add for any collector but a must have for Lazio fans.  Macron is continuing to improve their technology and is quietly attempting to become a lifestyle brand catering to many audiences but at the same time their sportswear line is equally as impressive.  Macron is gearing up for the long haul and Lazio is in on the ride as well.