Chelsea is also called The Blues. Not a bad name for the club wearing an all blue jersey and shorts as their home uniform.

A lucky strike when it comes to integrating the EPL sleeve badges. The standard fare Premier League badges are blue and white and sit well with the rest of the uniform. 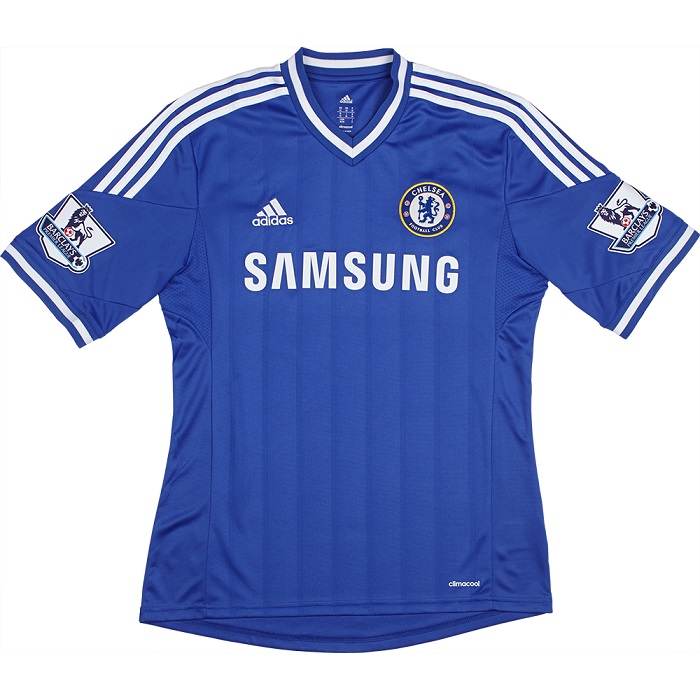 The contrast color and the color of the Chelsea socks is white. 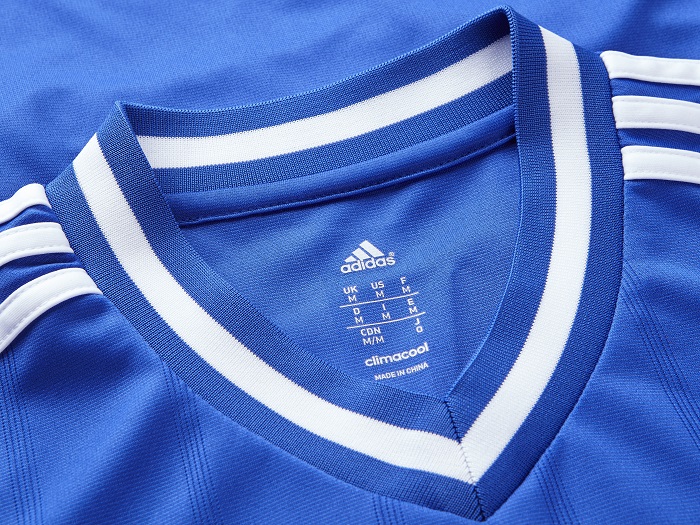 Designed in Germany and produced in China and sold in England.

The heart and sold of the club is neither in the far East nor to the south of Germany. It is firmly planted in the soil of west London. The borough of Chelsea and Kensington. One of the most exclusive areas of London.

So now after looking at the logo we realize that in fact there are 4 colors in play when it comes to Chelsea FC: blue / white / red / yellow.

So this is where the Lion comes from, the color of yellow probably as well. 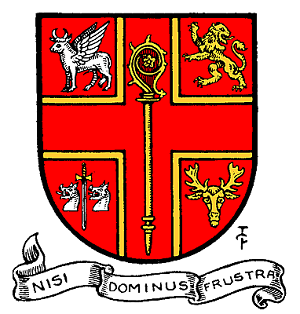 Blue boar is that where the color of blue comes from ?? 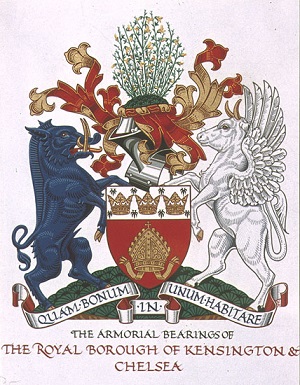