Borussia Dortmund wears Puma. Puma has a specific font which they like to use for the name kits of their teams.

Thus the Dortmund name and number style is basically a Puma font.

The one aspect having a negative impact on the expression of the jersey is the Bundesliga badge which is kept in red and white colors – hardly a good match for a yellow and black jersey. But the only way to avoid wearing the Bundesliga patch is to win the Bundesliga title and in order to do one has to beat FC Bayern. The Bundesliga Meister patch is gold and white. Looks decent on most jerseys though it usually worn on a red or yellow background. 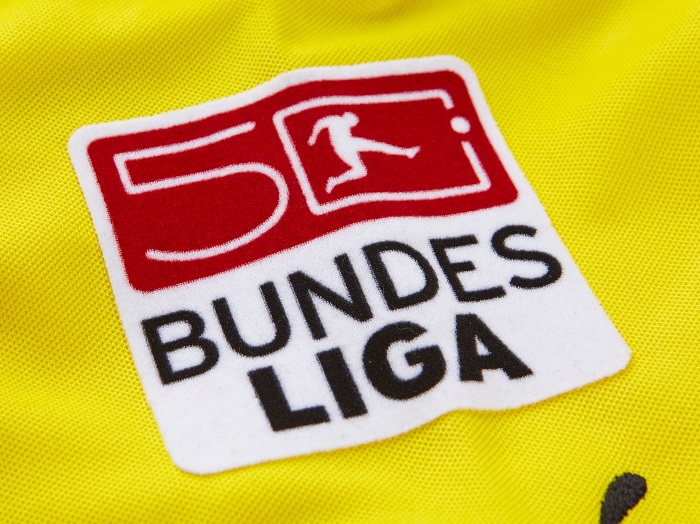 One can see the top of the tail of the Puma cat below the Bundesliga patch.

The German Bundesliga was founded in 1963 and that is the reason why the patch is celebrating the 50 years of existence through this anniversary or commemoration badge.

One gets a clear look at the logo, the number and the fabric of the jersey. All delivered by this very clear closeup shot.

The producer of the printing is a local company from Dortmund: