The Arsenal away kit for the season 2013/14 is yellow with blue contrast colors.

The Premier League name kit chosen for the kit is the navy / white style.

This will be the last kit released from Nike for Arsenal since the ball club will switch to Puma starting July 2014. 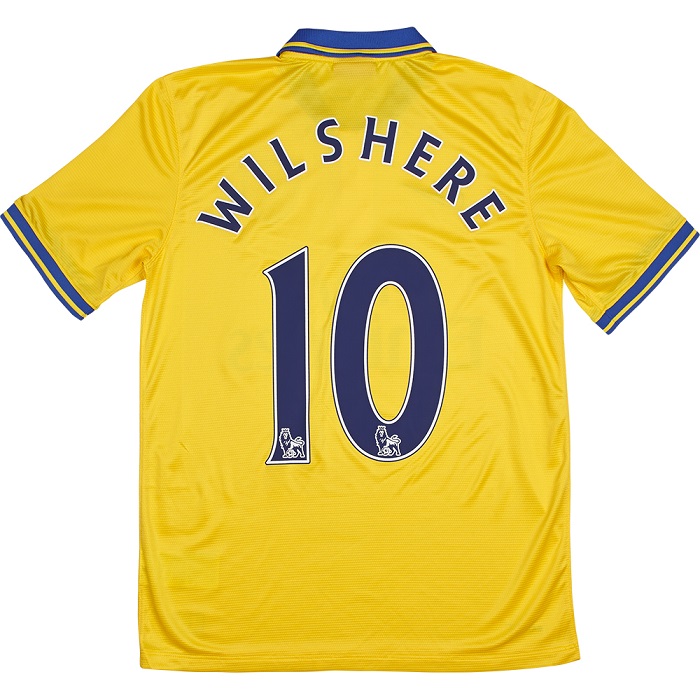 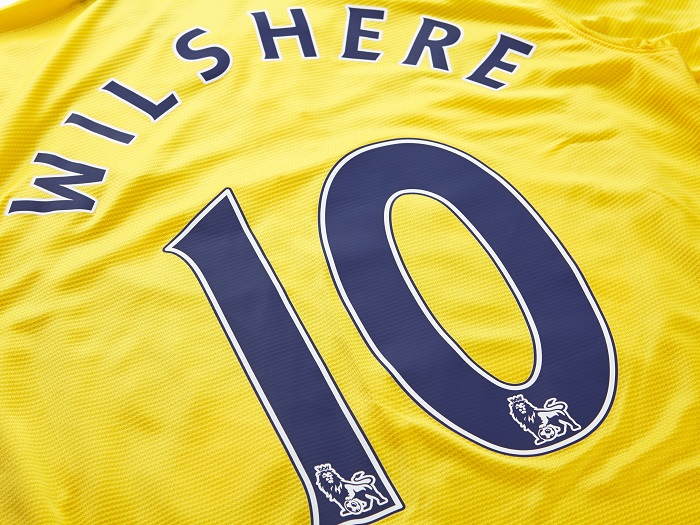 and finally the close up. The Premier League lion with the ball under the foot and the crown on top of the head.

Yellow is generally speaking not a very popular color among most people. Therefore it is also relatively seldomly used for football kits. But no rule without exception.

Arsenal, Liverpool, Juventus all feature yellow away kits from time to time.