Means something like Ball Club Borussia founded 1909 in Dortmund.

It is the second most popular club in Germany after FC Bayern and the second or third most successful when it comes to the honors taken home.

The home jersey is yellow with a black accent. 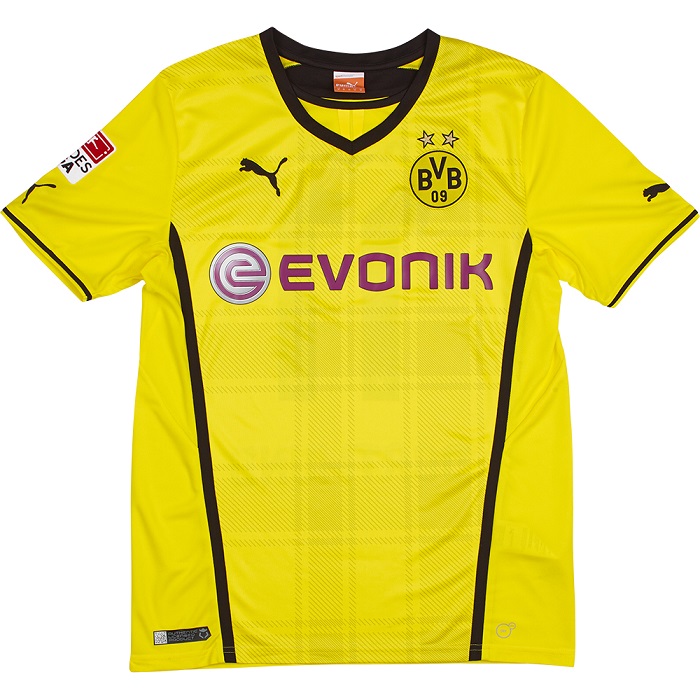 The brand is PUMA. The only club Puma had among the Deloitte Money League’s top 20 grossing clubs. Next season the tally of Puma will as a very minimum double to 2 when Arsenal joins the ranks. But for now Dortmund is the flagshiff of Puma. 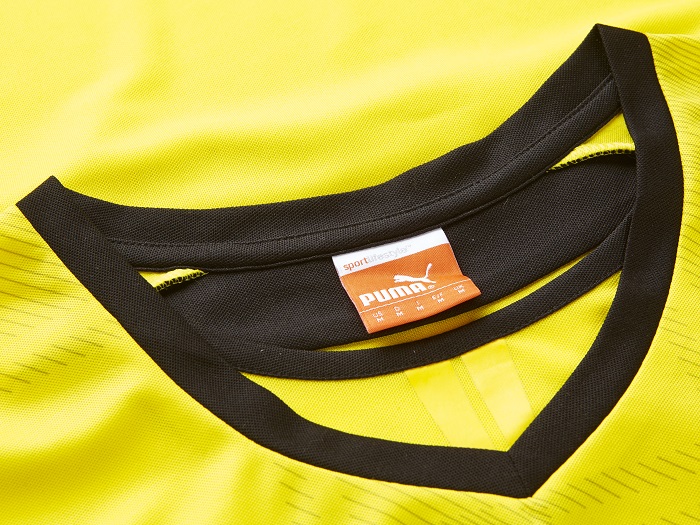 The heart and the soul of the club lies in the logo. The crest. The badge. Placed right over the heart.

Coincidence that the colors of BVB are yellow and black ? well, hardly if one takes a look at the coat of arms of the city of Dortmund. 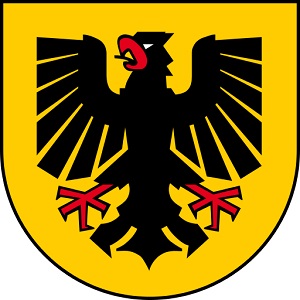 Is it the German eagle ? or simple falcon. Not sure but it looks pretty angry – so better watch out.