The new Bosnia away kit which will be used during a friendly match in March has now been released. 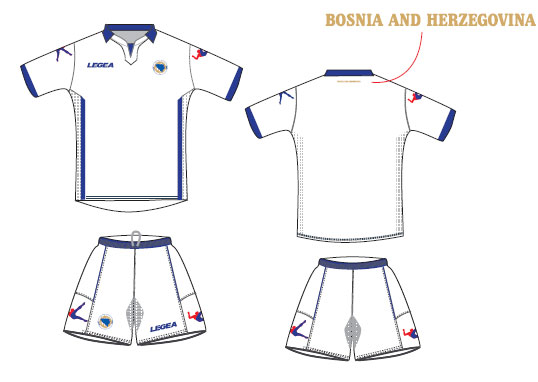 The question is which brand Bosnia will wear when the World Cup kicks off in 2014 ?

From what we hear most likely it will be Adidas but it is yet to be confirmed . . .

The current kit sponsor Legea will most likely not continue. However, they will try to get as much as possible out of their currerent deal by both releasing this kit in December 2013 + an additional kit in May 2014.

Their sponsorship deal with Bosnia expires in June of 2014. Rather unfortunate for Legea one might say since the World Cup 2014 in Brazil will be the first time ever that Bosnia will participate in an international tournament.