The new Bosnia home kit which will be used during a friendly match in March has now been released. 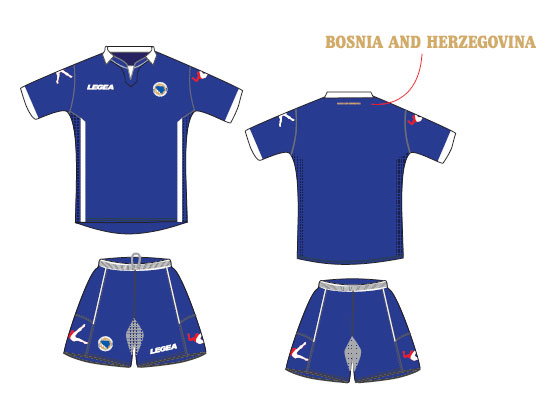 The question is which brand Bosnia will wear when the World Cup kicks off in 2014 ?

From what we hear most likely it will be Adidas but it is yet to be confirmed . . .

Smaller brands which will be at the World Cup 2014 include:

The Big 3 of Adidas, Nike, and Puma take up the remaining 32 slots in the tournament.