New Adidas Valencia 14/15 jerseys!
Click here to buy your new 14/15 Valencia jerseys from Adidas!
Valencia has most recently played in Kappa and in Joma.
But starting from the season 2014/15 Valencia will switch to Adidas on a long term contract.
Click here to read the full press release from the club with regard to the new kit deal!
To inaugurate the new deal Valencia wore a kit which was an all white affair in a recent tournament in Hong Kong. The kit would only be used on this occasion though. For the 14/15 season a new kit will used which will only be released on a later occasion. 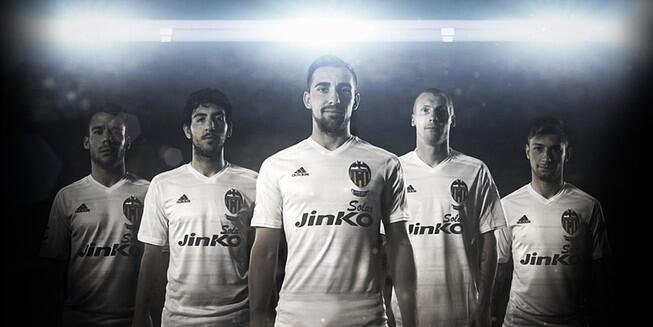 Not sure how the printing will look like. If it will be same style as used during a match in Hong Kong on the 28th of May or if a new design will be released later. . .