Before the season 13/14 Bilbao switsched from Umbro to Nike. The first collection was a bit hurried though and was essentially a teamsport jersey with a logo. So in reality the 14/15 Bilbao collection is the first real genuine attempt from Nike to kit out the Basque powerhouse adequately. Very fittingly Bilbao will play the UEFA Champions League for the season 14/15.
Click here to get your new Athletic Bilbao jersey!
Green is an important color to the north of Spain. It is part of the Basque flag and the region is generally speaking very green because of the high amount of rain coming in from the Biscay Bay landing on its’ shores. 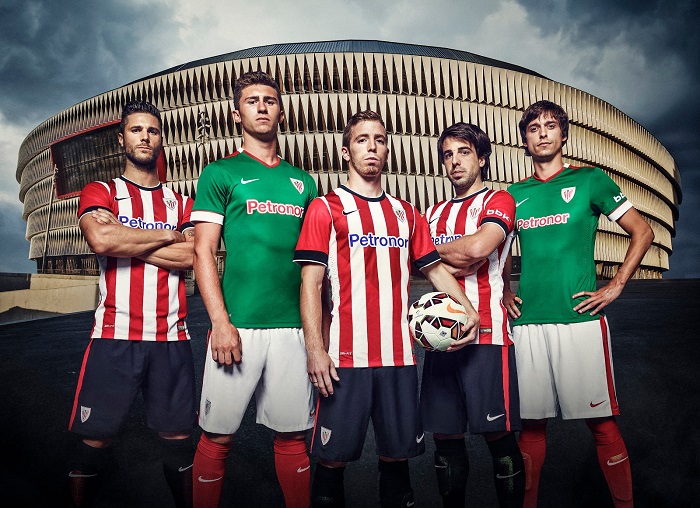 At the background one can see the new San Mames. An impressive new stadium which opened last year but which will have been completed only for the upcoming season.
Everything looks just right with regard to the future for Athletic Bilbao.