New PSG third jersey has been launched on the 24th of September.
The jersey is in a bright red / orange color. Flash.
The full uniform is an all red/orange affair with navy contrast color. 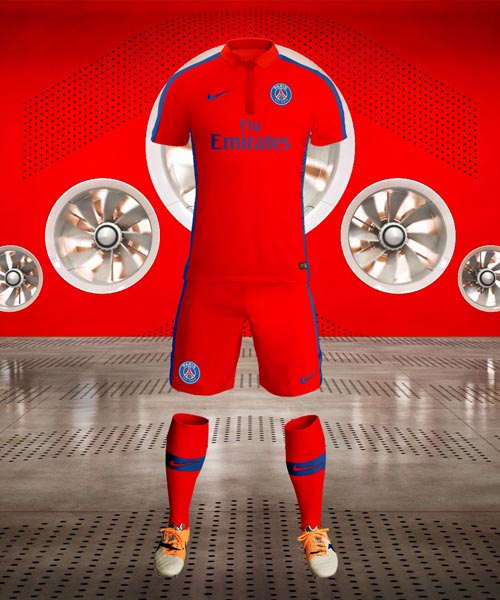 The final version of the jersey looks slightly different from the sketch above.
The blue bar running down the sleeve has been cut in two halves in order to make room for a 10 cm area at the lower part of the sleeve where the sleeve badge can be placed.
Whether that be in the French League or in the UEFA Champions League.
A design feature which has been used by Adidas for a number of years already.
The name and number kit is blue with a white edge.