Under Armour and Tottenham Hotspur have revealed the new Tottenham home kit (and away) for the season 13/14.

The jersey will only launch on the 10th of august so for now only pre-ordering is available.

The English Premier League will start up on the 17th August for the campaign 13/14. 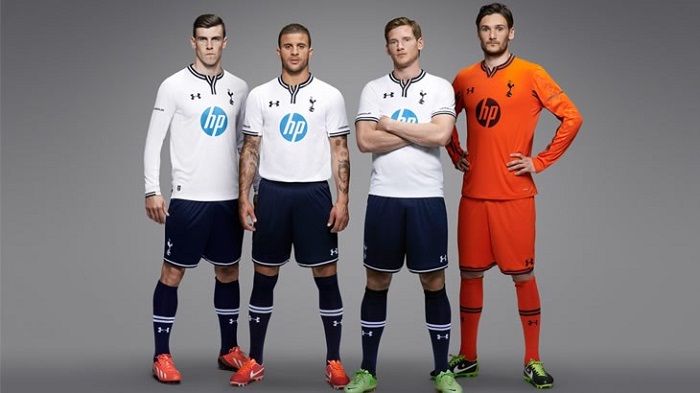 The full kit is the classical Spurs version with white jersey, navy shorts , and navy socks.

The players in the image all wear adidas or Nike footwear – where is Under Armour ??