The New San Mames in Bilbao

Athletic Bilbao used to play in a very famous stadium el San Mames also referred to as the Cathedral.

However, on the 16th of September a new stadium opened its’ doors to the audience:

The New San Mames a brand new stadium but in the same location and very impressive that is. 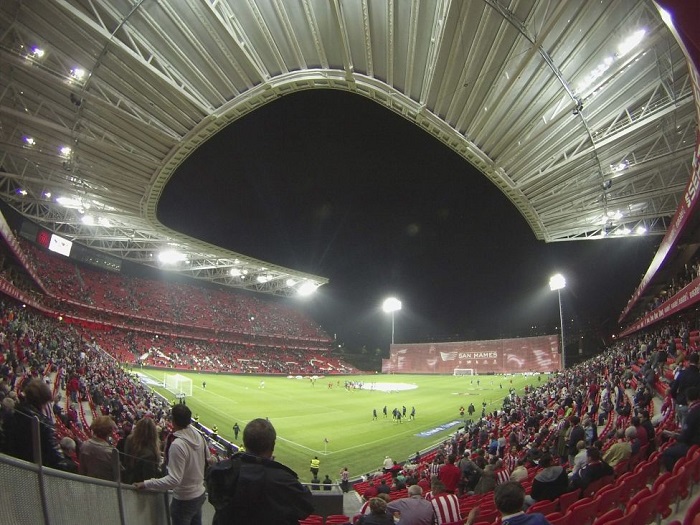 The stand at the far end will eventually be turned into an integrated part of the stadium and with the choice of roof construction one might expect that the feeling of entering the stadium will be much like entering a cathedral. 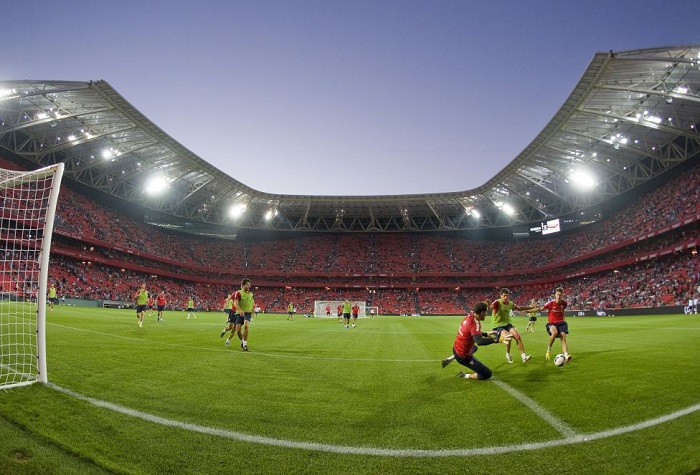 Great visability from most seats. The section between the lower ring and the top ring consists of VIP seats and VIP boxes.