Nike has released a number of fluorescent kits for their major teams.
Nike third kits can be used as a third kit domestically or as the European away kit. 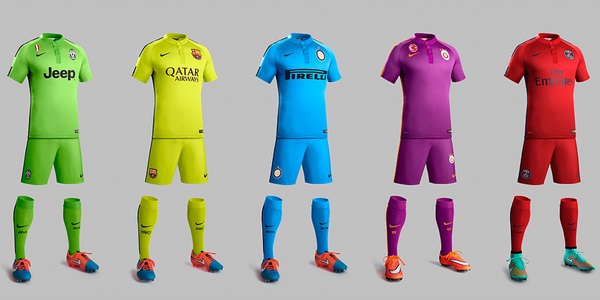 The kits in the photo are:
Juventus
FC Barcelona
Inter
Galatasaray
Paris SG
furthermore Man City has launched a purple third kit and Man Utd a blue third kit.
At the sleeve room has been made to incorporate a sleeve badge. For instance the UEFA Star Ball. So that this badge fits into the design of the jersey in a natural way.