It used to be Falcao. But after the World Cup 2015 James Rodriguez is the new front figure of the Colombian team.
In order to promote the Colombia jersey 2015 it probably also helps that he is endorsed by Adidas at a personal level. 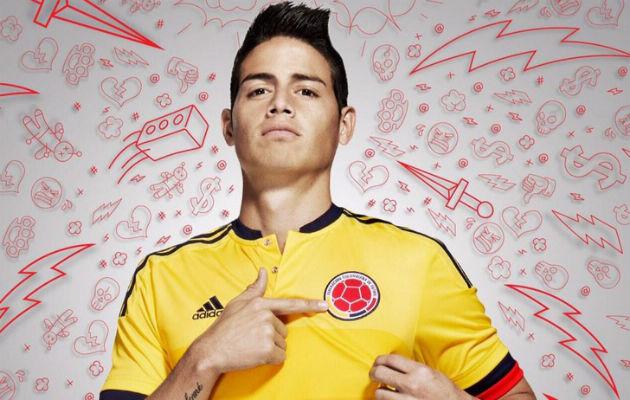 The colors of the Colombian flag are red, yellow, blue.
Red for all of the blood which has been spilled.
Yellow as the color of Gold.
Blue as the clear blue sky visible much of the time.