Macron and the club SSC Napoli have decided to launch a new away jersey for the spring 2014.

The new away jersey will be used for all Napoli’s away matches during the second half of the season 13/14.

The kit incorporates yellow and blue building on the base of camoflage green used during the fall of 2013. 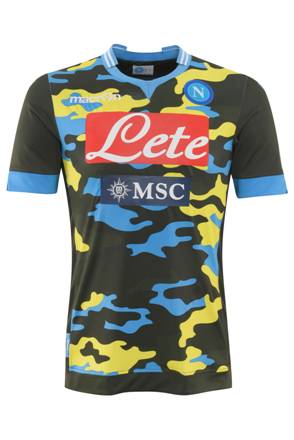