Mexico has been part of the Adidas family already for some years now.

Thus their new federations kit was launched alongside the kits of other nations like Spain, Germany, and Argentina around the 15th of November.

Mexico has been included in theme which calls for white shorts for a number of the Adidas teams. 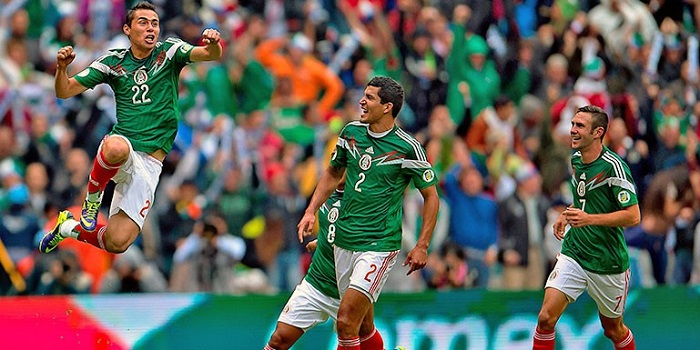 The name and number kit is the new Adidas style also introduced by the time of kit launch mid-November.

The Mexican flag is made up of the red colors: green, red. white. Thus it is only natural that the kit tries to incorporate these three colors. All 3 colors are seen on the jersey. When shorts and socks are included as well the full uniform makes up the flag by assigning one color as the primary to each of the 3 pieces.

Mexico also has an alternate version of the shorts which is red. Can be used when playing a team wearing white shorts.

The away kit due to launch in February will be held in a darker color though. Black or dark navy.