Gibraltar has been admitted to European football as an independent national team.

The rock will play its’ first international match against Slovakia this November.

The grand question though – which is the brand providing the uniforms ?? 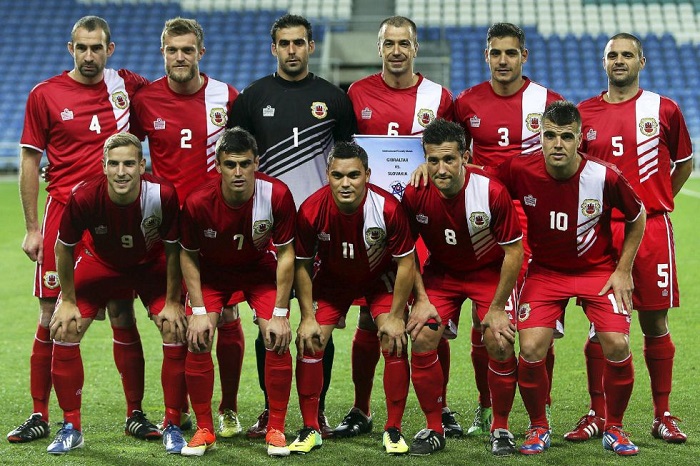 Maybe the relatively unknown English brand of Admiral ?? or a local brand from the south of the continent . . .

Gibraltar played in Danish brand Hummel previously but this uniform certainly does not look like anything relating to the bumblebee.

The Gibraltar players most likely do not have any endorsement deals what so ever at the individual level with any manufacturer of footwear. Nevertheless the seem all to be wearing either Nike or Adidas cleats.

Clearly the choice of the players one would think. So do Nike and Adidas produce the better cleats from a craftman’s and A product quality perspective ?

Many different variants of the two premier soccer brands in the world seem to be present in the photo. Also some of the less prominent lines like NitroCharge or Adipure seem to be the cleat of choice by one or more of the national team players.