Hamburger Sports Verein or simply HSV is playing in adidas currently.
Even though the club has not been a dominant force in German football for quite some time already it is still an important figure in the Bundesliga. Hamburg is an important city as well economically and culturally. The second biggest in population after Berlin. 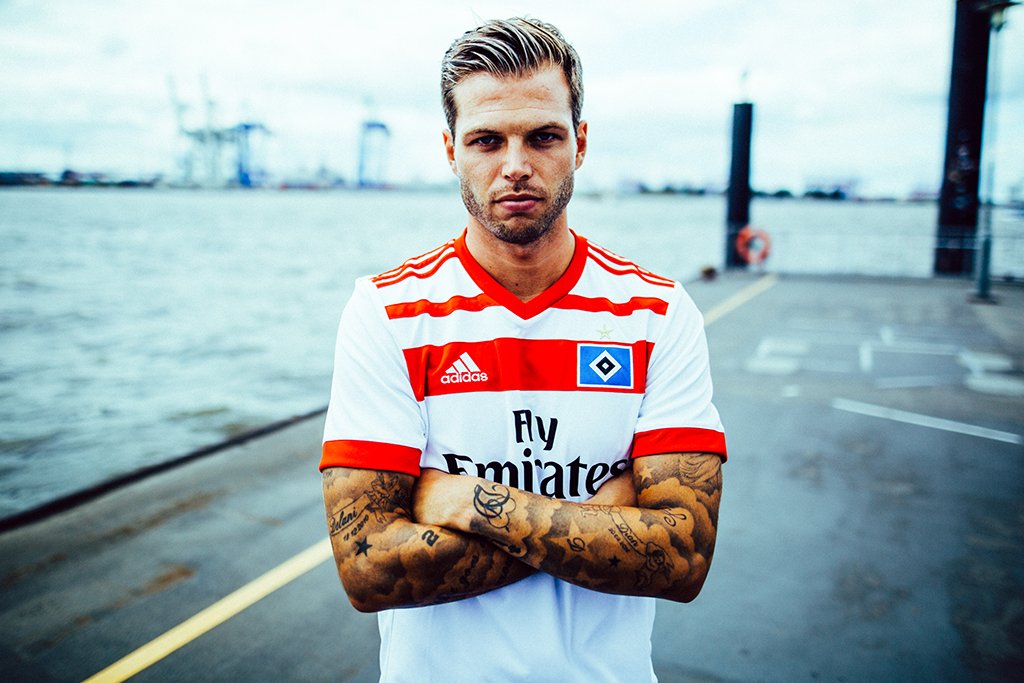 The photo is taken by the harbour on the river Elb. Hamburg has the third largest harbour in Europe after Antwerp and Rotterdam. Traditionally FC St. Pauli was the club associated with the harbor in Hamburg but as the area around the river has become developed over the last couple of years the harbour has now become more integrated in the larger picture of the city.
This might have drawn the HSV from lofty suburbs to seek some link with this economically and culturally vibrant part of the city.