The flag of Greenland is red and white. Thus it is no major surprise that the football kits of the Greenlandic national team use the same colors.
Red home kit and a white away kit. Essentially the same concept as seen for the Danish national team. 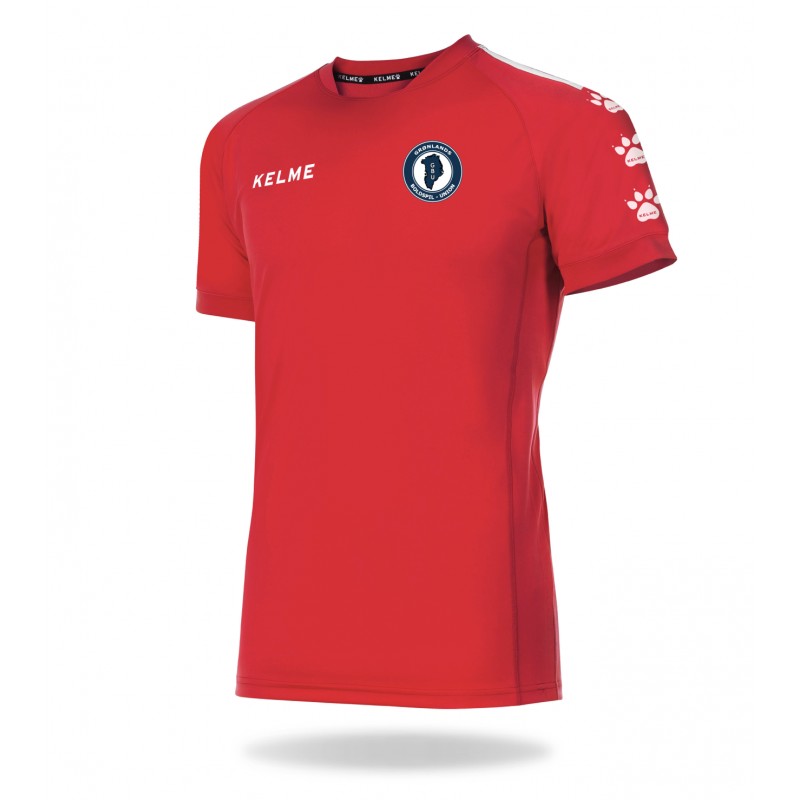 The new athletic apparel sponsor is Kelme, a Spanish company which has earlier had kit deals with Valencia and Real Madrid but is otherwise more famous for its cycling team than for football kit deals. 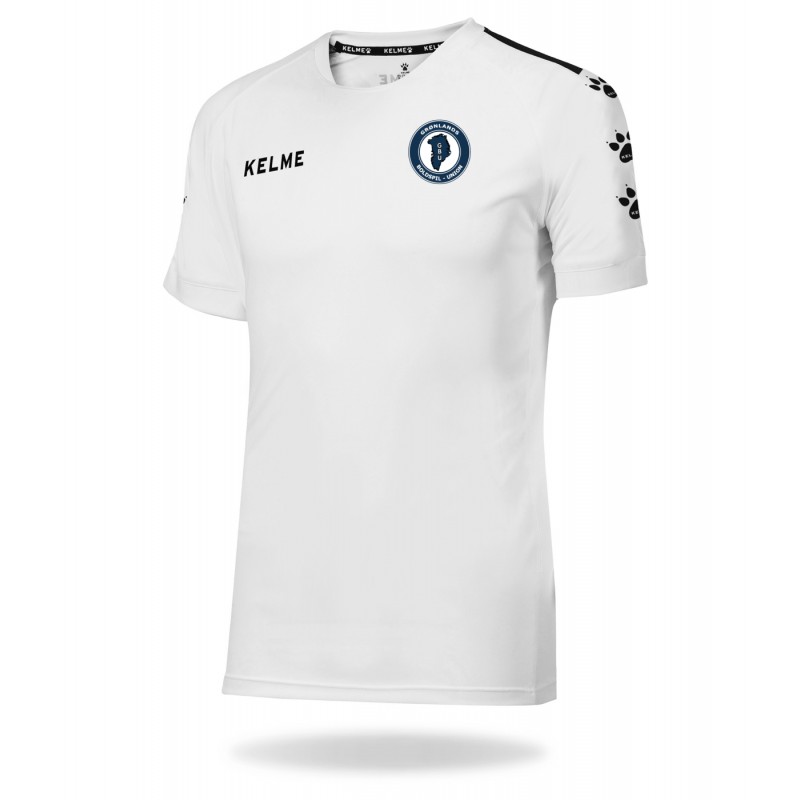 The Greenland away jersey is white with black contrast. Usually the contrast is red but this time around black has been chosen for a change.
Greenland does not play official international matches though it is unclear why not since another Danish autonomous territory the Faroe Islands does so already for a long time.
Maybe because they do not have a pitch which lives up to the FIFA criteria and the Greenlandic FA does not have the money to play home matches abroad. . . Artificial grass fields are now present in Greenland but due to the location to the far north the season is short. The only way effectively to be able to stage a match in Greenland outside of the three summer months would be on a covered field. This kind of venue does not exist currently in Greenland.