Norwegian youngster and player on the rise Erling Haaland has made the switch from Austria football and to the German Bundesliga. Borussia Dortmund won the hard fought fight secure his signature. 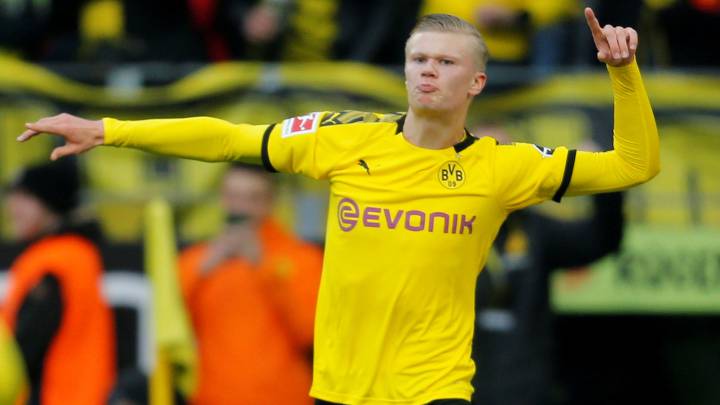 The jersey is provided by Puma while the Bundesliga sleeve badge is by courtesy of Deko Graphics. The sweat jersey underneath the outfield uniform is by Puma as well. 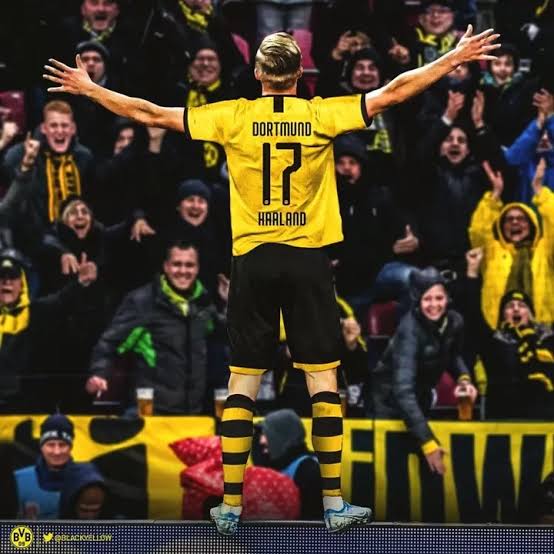 The official Dortmund printing is provided by Avery Denisson these days.
Dortmund is pre-printed by the kit supplier in this case Puma. Which means that the name is placed under the number which is rather unusual and typically only seen in the Bundesliga.
It does look like though that the soccer cleats the young Norwegian wears are from Nike. Nike and adidas have managed to corner the market for soccer footwear to an astonishing degree. Puma is third in this game but a very distant third.