The Catalan wave is rolling and FC BARCELONA is surfing along. So the away kit for the season 13/14 is red/yellow striped in true Catalan style. The paradox being that this pretty much resembles the outline of the Spanish flag as well.

But anyway maybe for the fully converted the stripes have a slightly different feel. 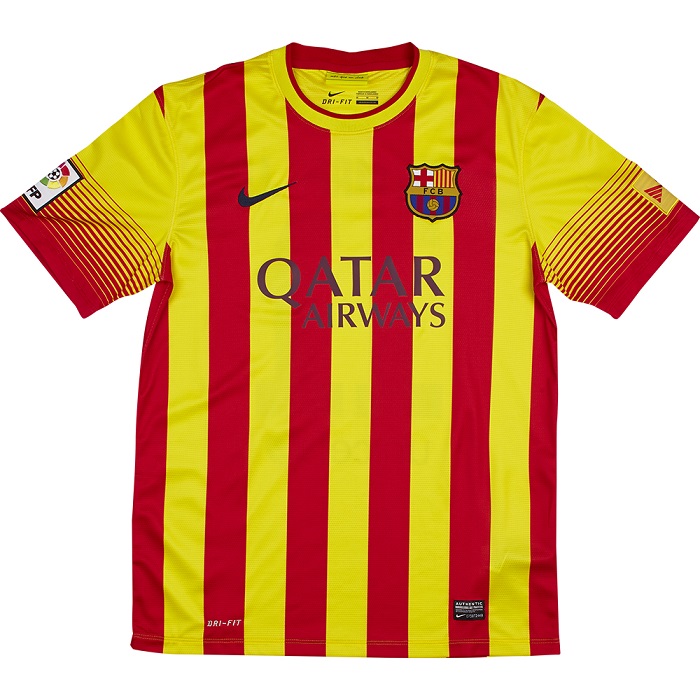 and where is the error with the photo as compared to real life ? It is all a slight little detail to the left arm sleeve.

The TV3 badge which has been around for like forever has been scrapped prior to the 13/14 season and is no longer part of the fully outkitted uniform.

The mes que un club is not going to go away quietly though. It is still around and will probably stay for some time to come.

and the Swoosh will most likely also remain in place as long as Nike is around. 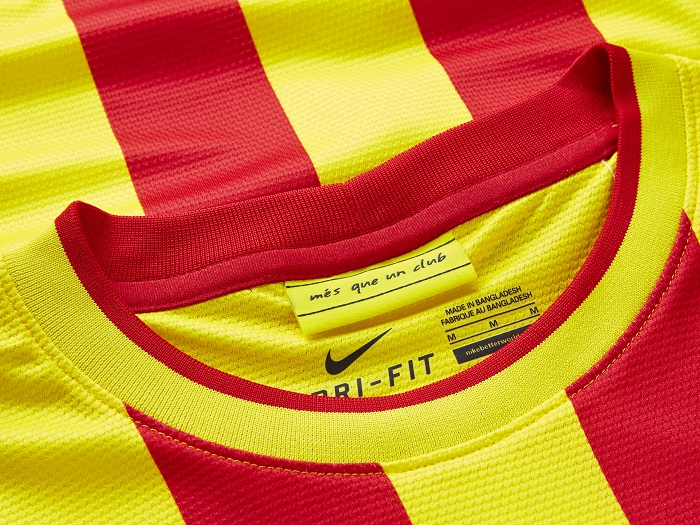 Fashionable brand and produced in Bangladesh. But probably it has another tag where it reads “designed in the US” or “Crafted in Barcelona”.  Maybe the future will turn the tables. Everybody is talking now about manufacturing coming back. So how about “made in the USA” and “designed in Bangladesh”. Nike HQ moving from Oregon and to South East Asia. Impossible is nothing and just do it! so why not indeed.

Is that the end of the show then ? Well not quite. What is a jersey without a logo, a crest, a coat of arms. So we will have to take a closer look at that as well.

And how does the FC Barcelona logo compare to the City of Barcelona’s coat of arms ? 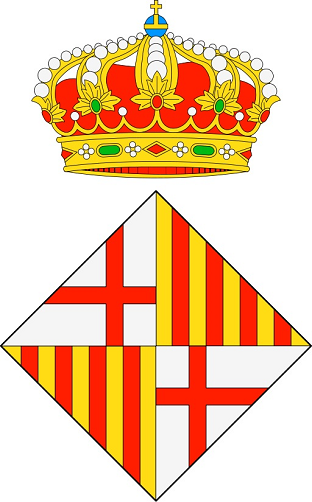 no crown in the Barca club logo but otherwise are many of the elements the same.

The Barca club logo was not always the same. Below as the former Barca logo which has later been re-modelled and upgraded with a more clean looking design.