Moscow has a wide range of hotels. From small boutique hotels, over hostels, to 5 star luxury hotels. But which one takes the crown as the most expensive hotel in town ?
Not long ago that honor befell the Ritz Carlton in Tverskaya Ulitsa. But nothing lasts forever and what used to be but it s no longer is often forgotten. Ritz Carlton itself is relatively new and probably opened the doors around 2008 or 2009. Back then being the latest new kid on the block it got a lot of attention due to the opulence of the place. In a Moscow Times article it was stated that 80% of the visitors to the hotel at the time were from Central Asia. And by Central Asia we are talking countries like Kazakhstan, Uzbekistan, Turkmenistan, Azerbaidjan etc. The hotel is very close by the Red Square and the Kremlin with one caveat though. One has to cross a busy road in order to actually get there. At the top there is a view bar with a great view towards the Kremlin. 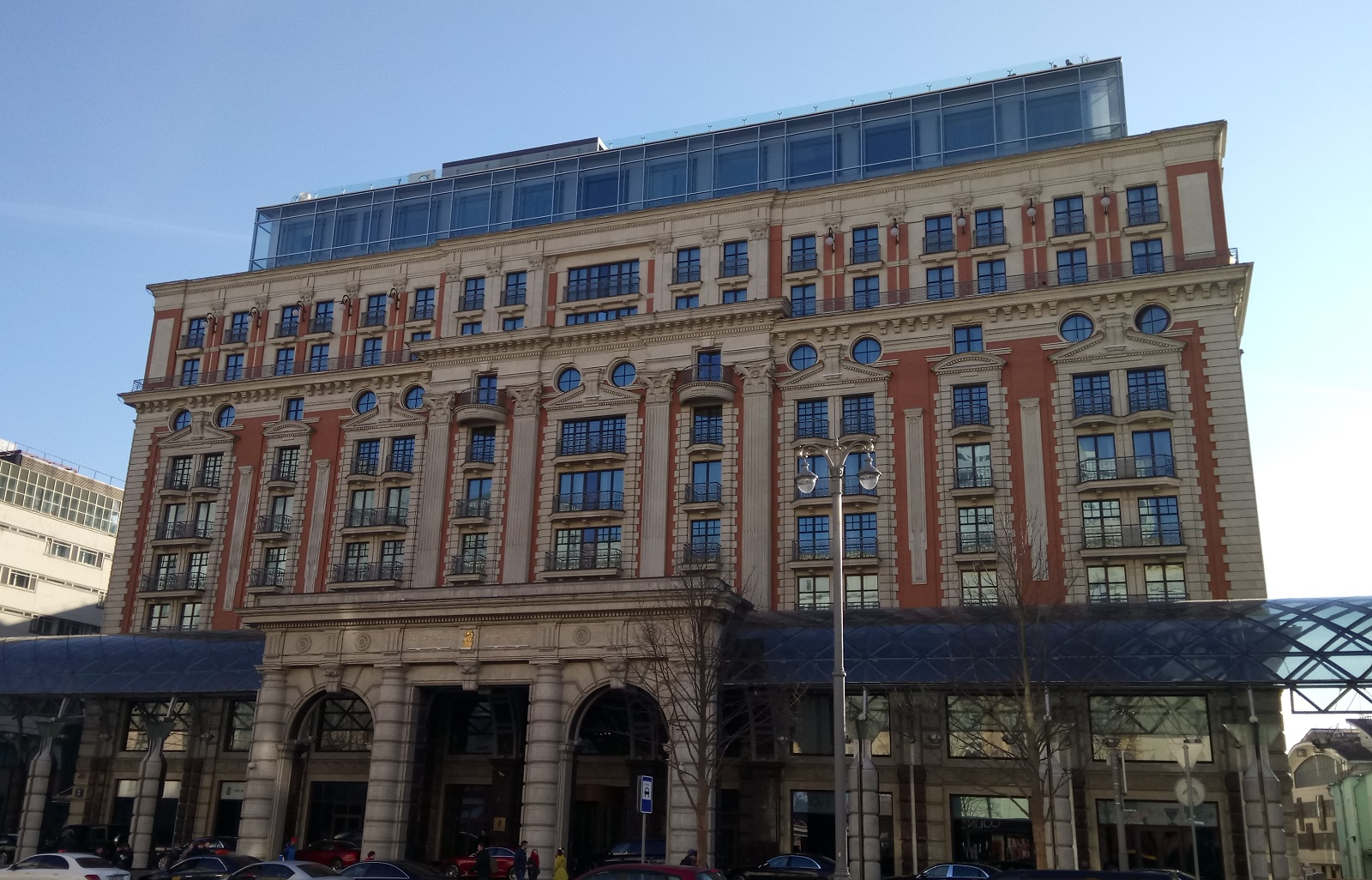 Business and politics often mix in RUssia like in many other countries. This might explain why the most prominent hotels are not situated around the business areas like Moskva Citi, Belarusskaya or Paveletskaya. These areas do have their fair share of business hotels with the likes of Marriott, Sheraton, Radisson, Novotel etc. But the really top of the top , creme de la creme are at the other end of Tverskaya. Close to the Kremlin. Coincidence ?
Ritz Carlton still holds second place as the second most expensive hotel in Moscow. So not a place for Sepp Blatter ) But the top prize goes to ?? 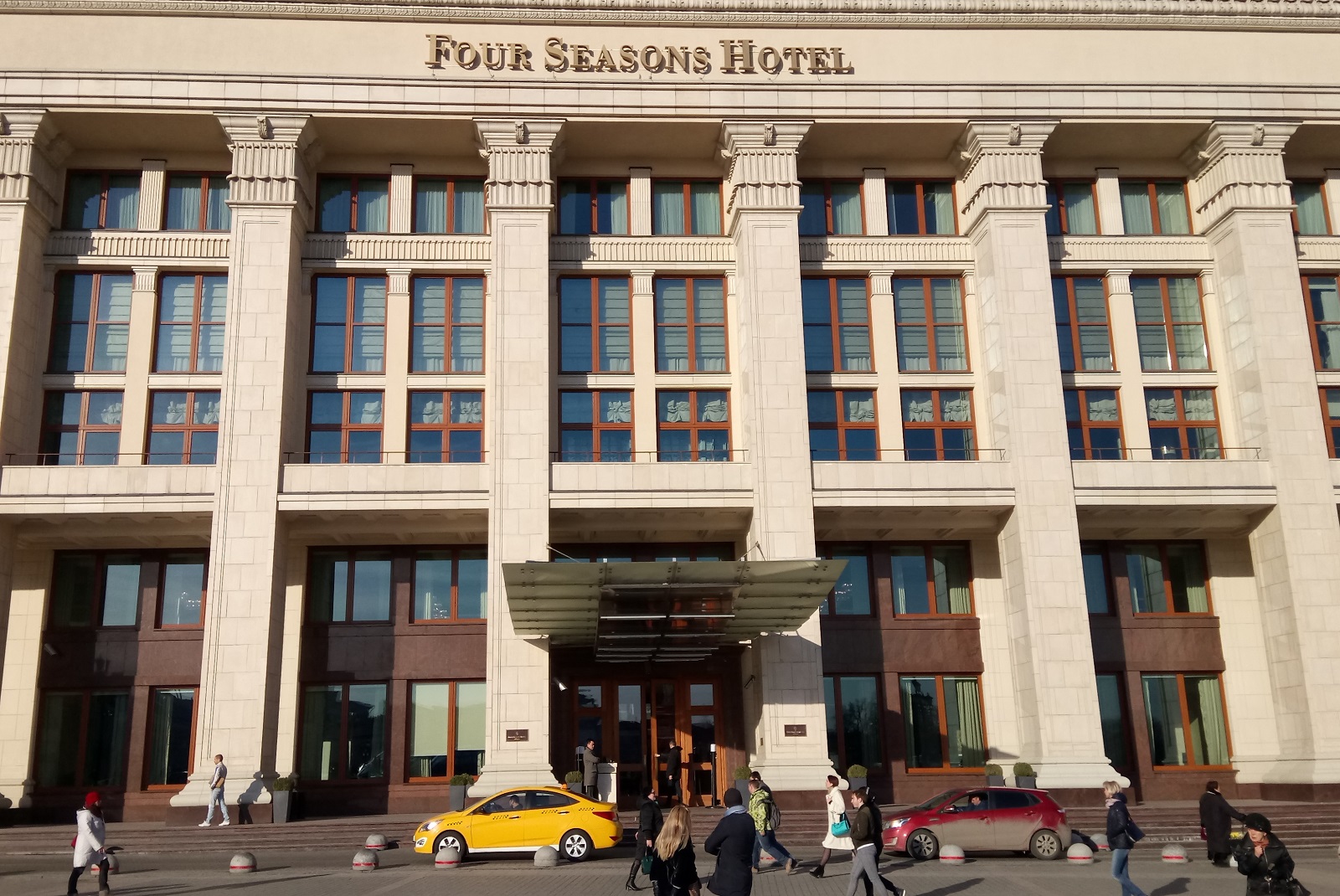 Yeap you guessed it. The Four Seasons hotel on the other side of the road cutting off Tverskaya from the Kremlin. This hotel is just a stone throw away from the absolute center of Russia the Kremlin.
The hotel is opened just recently. The building is not new. It is dating back to Sovjet times.
The proportions are vast. The hotel takes up an entire block. At the ground floor one can find a Jamie Oliver branded Italian restaurant + a number of luxury goods stores.
Above a huge number of rooms are available. Not sure who stays there but probably a mix of politicians, business people, and wealthy individuals – many probably from China. 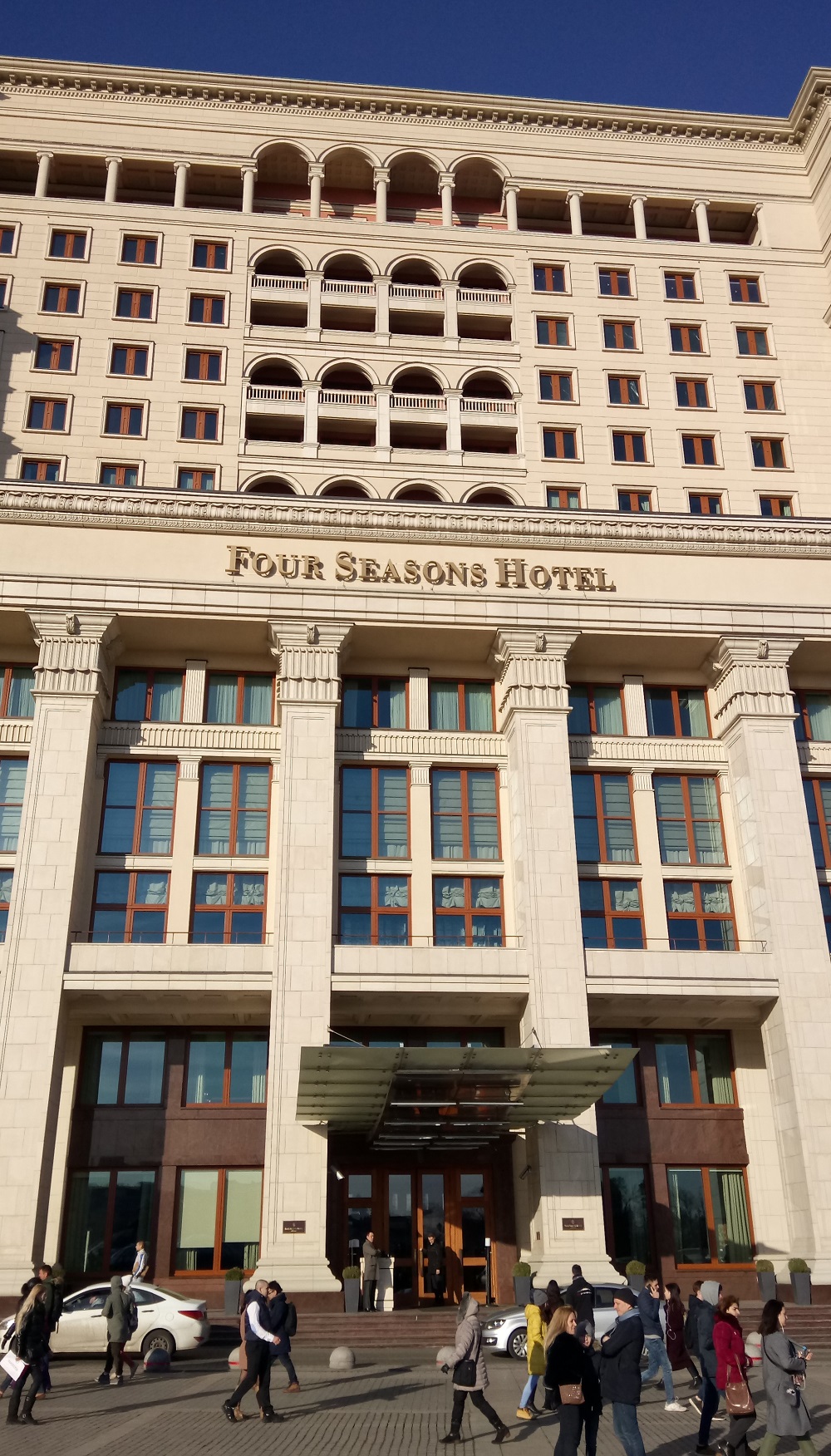 Tourism from China has increased dramatically to Russia over the past view years. Probably during the same time interval the number of western tourists have dropped.