The volume of Catalan national team products by Astore is relatively low. So when the new kit launched back in 2012 apparently it was not worthwhile to accompany the kit with a matching pair of shorts.

Instead the shorts used with the previous kit which was black continued with the two new jerseys.

Therefore the rather unusual combination of navy jersey and black shorts. 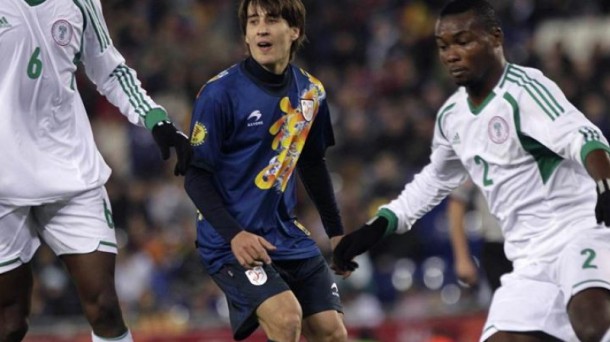 The mock jersey worn underneath the jersey could very well be a Nike combat pro jersey.

The opposing side is Cabo Verde playing in an all white kit from Adidas with green contrast colors.