Brasil is the name of the country Brazil in Portuguese. The 5th biggest country on planet Earth when it comes to territory. The country is home to the biggest city on the southern hemisphere Sao Paulo, which at the same time is among the biggest cities in the world. New York might have been the template for Gotham City’s dark big city universe. But in real life Sao Paulo is much more intimidating. NY has a midtown and a downtown with a number of very tall and very significant buildings. But many other parts of the city do not have any significant highrises. Sao Paulo on the other hand does not tend to have many very tall buildings but a huge number of high buildings making up an entire forrest of buildings without any apparent fixpoints to pinpoint what is up and down, what is east or west. Thus orientation is difficult. The city continues without no apparent end into the horizon.

In many American cities the traditional city center does not constitute a functional city center as known from Europe with the main attractions of the city gathered within close proximity in the geographical center of the urban area. There might be a traditional city center with the remains from the colonial epoque but of often the city center is run down and rather dangerous. Instead with the advance of the automobile the center is more dispersed in an LA way and different neighborhoods appeal to different people or activities. Sao Paulo is such a post-modern city. Nevertheless a few important architectual pieces are located downtown as COPAS and Edificio Italia. 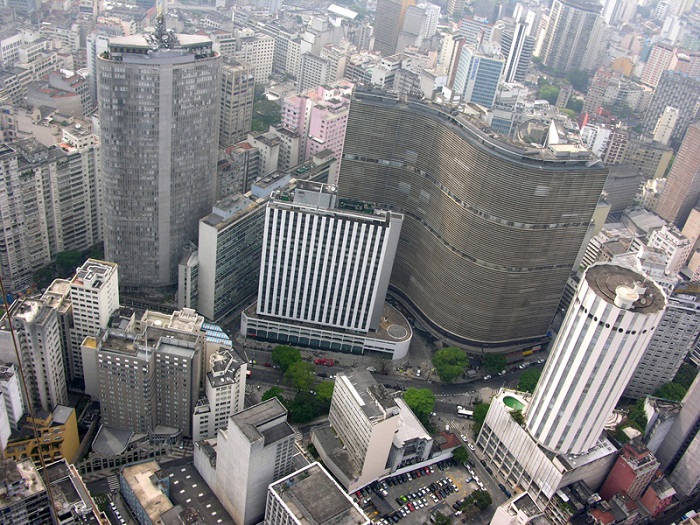 The buildings date back to the 1960s before the city started to spread out in all directions and the gravity would slowly move towards other areas of the city. SP is an immigration city. It has communities from innumerous nationalities, religions, ethnicities and from across the world. SP is micro-cosmos with representatives from just about everywhere. The biggest Japanese community outside of Japan is located here. 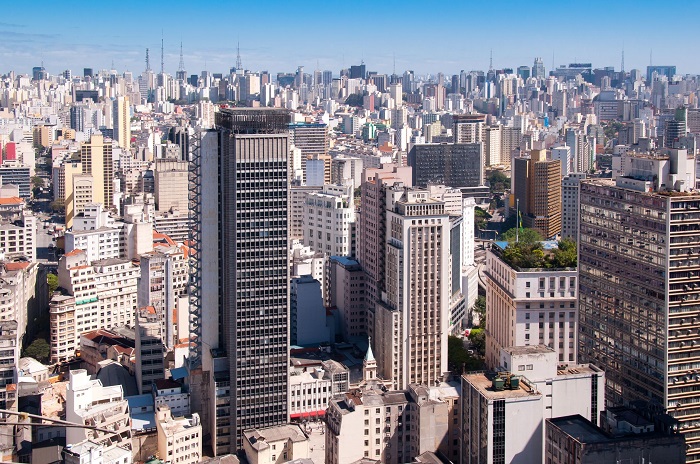 In many ways the development of Brazil is synomynous with the development of SP as a city. Rio de Janeiro used to be the political, financial, and cultural capital. When Brasilia was built as the new capital of Brazil during the 1960s the epicenter of political power was also transferred. During the 1980s the financial sector moved to SP as well as many corporations. What Rio de Janeiro was left with was media like TV Globo and cultural institutions. Even the status as beach capital of Brazil came under threat with the advent of Florianopolis to the south of the country. 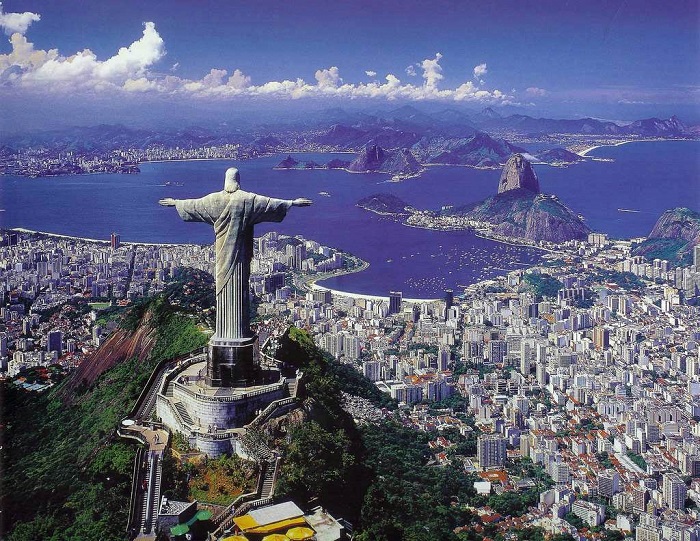 Other cities like Curitiba, Belo Horizonte established themselves as important regional centers but all to the south east of the country. The NorthEast Nordeste remained largely untouched with old ways and power structures remaining intact. Niemeyer Nobody epitomizes the development of Brazil in the second part of the 20th century and into the 21st century like architect Oscar Niemeyer. A man who lived through the entire period and set his footprint on events while at the same time being affected by political developments at the personal level. 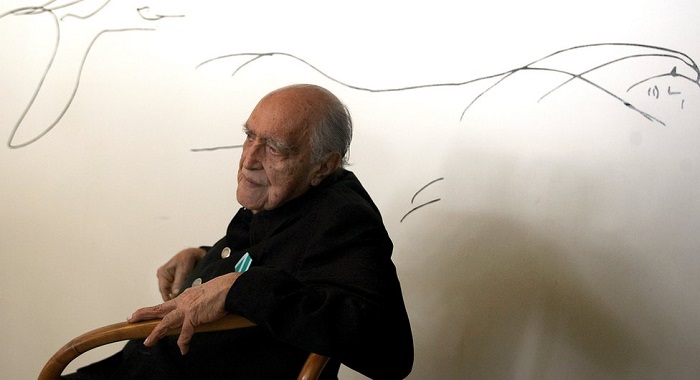 Niemeyer was born in 1907 and died in 2012. He was active at work until few days before his death. Niemeyer is the father of children as well as many aforistic quotes. Click here for Niemeyer quotes! We will bring a couple of the most relevant for this context here below: Right angles don’t attract me. Nor straight, hard and inflexible lines created by man. Curves are the essence of my work because they are the essence of Brazil, pure and simple My work is not about ‘form follows function,’ but ‘form follows beauty’ or, even better, ‘form follows feminine. Humanity needs dreams to be able to survive the miseries of daily existence, even if only for an instant. For me beauty is valued more than anything – the beauty that is manifest in a curved line or in an act of creativity. I search for surprise in my architecture. A work of art should cause the emotion of newness.  Brazil | The Country Perhaps the most beautiful quote of them all and the one that puts the pulse on what Brazil is all about: It is not the right angle that attracts me, nor the straight line, hard and inflexible, created by man. What attracts me is the free and sensual curve — the curve that I find in the mountains of my country, in the sinuous course of its rivers, in the body of the beloved woman. The Brazil is an ode to the woman, to nature as such with its enormous variety and richness of the Amazonia maybe the most fertile area in the world, costal line with the beaches where Brazilians spend so much of their life, even the football which is also such an important part of the average Brazilian’s everyday life tends to be curved and round.

The night sky over Brazil:

Bandeira do Brasil The Brazilian flag is one of the most significant in its visual expression in the world. 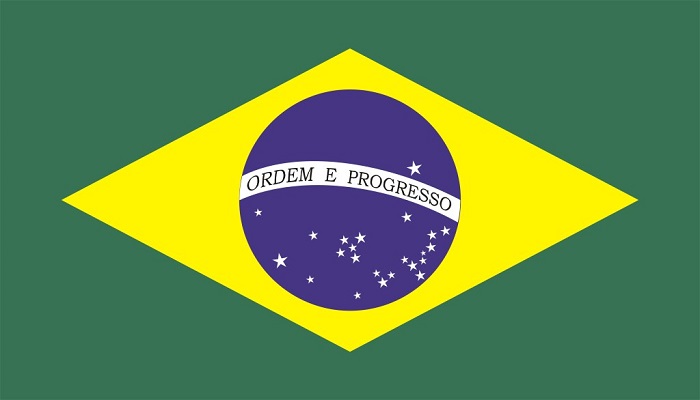 A common interpreation of the flag: green for the Amazonia forrest yellow for the gold of Minas Gerais blue for the sky over Brazil and the water ? 27 stars one for each federal state and finally a quote by Comte: L’amour pour principe et l’ordre pour base; le progrès pour but Love as guiding principle, order as the foundation, progress as goal. The flag is from 1889 during a period of time where there was firm belief in progress of mankind, an idea which came under certain pressure after the carnage of the World War I. But in this context it explains the ORDEM E PROGRESSO as written on the flag. Read more about Brazilian flag here! The city in Minas Gerais Ouro Preto. 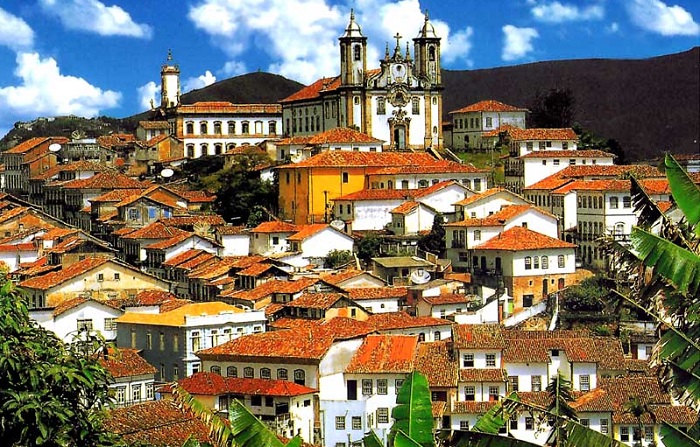 Futebol Nobo
dy mentions Brazil without including football in first or second phrase. And nobody ranks above Pele. 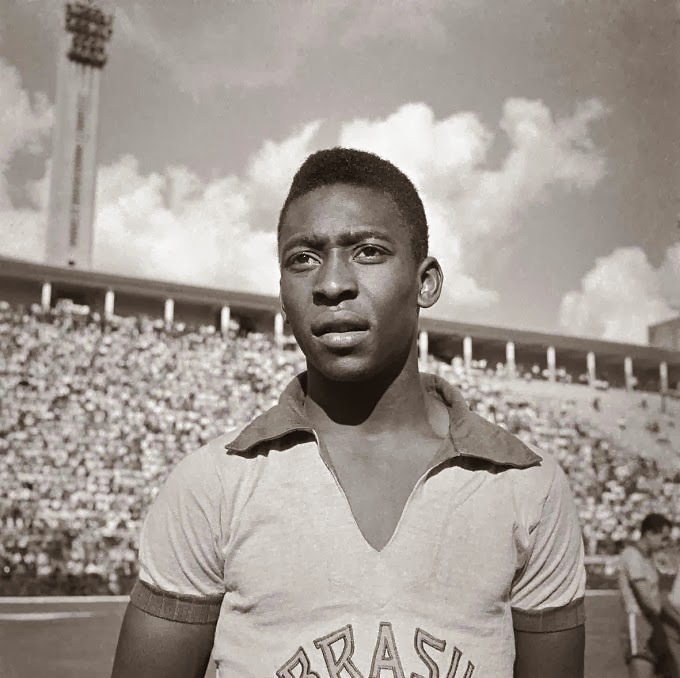 The Brazilian national team is often referred to simply as a Selecao. Often the team is referred to also as penta-campeao because penta in Greek is 5 and the team has won the World Cup 5 times. 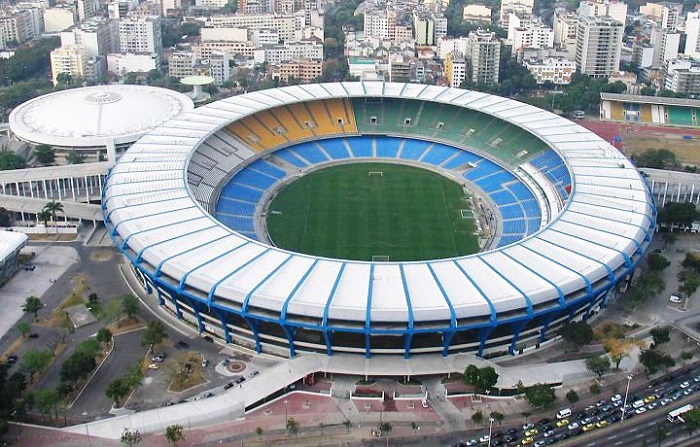 The World Cup 2014 final will be hosted here on the 13th of July 2014. Samba Dance, music, carneval, party integral part of the Brazilian way of life. For the biggest party of them all the February carnaval the big stars usually come out as well. 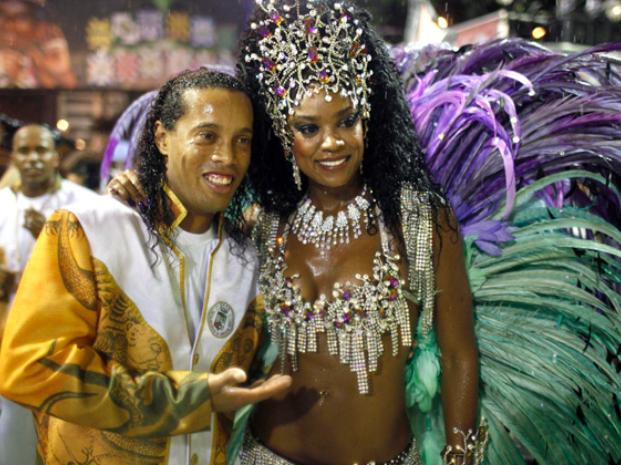