Arsenal is part of the north London derby which takes place when they face city rivals Tottenham Hotspur.

But in fact Arsenal is not originally from north London. Originally Arsenal started out to the south of London in Woolwich. It is only at a later point in time that the club made the switch to north London.

Woolwich was traditionally a neighborhood for the army and arms fabrication. And the coat of arms of the borough of Woolwich reflects this heritage. 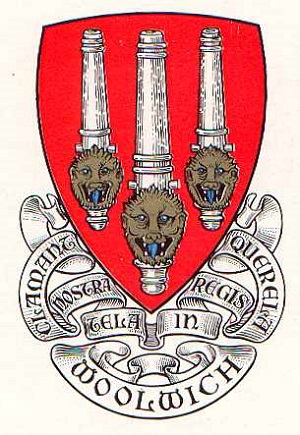 That should pretty much explain the use of the gun, the nick name of the Gunners + the red and white colors. 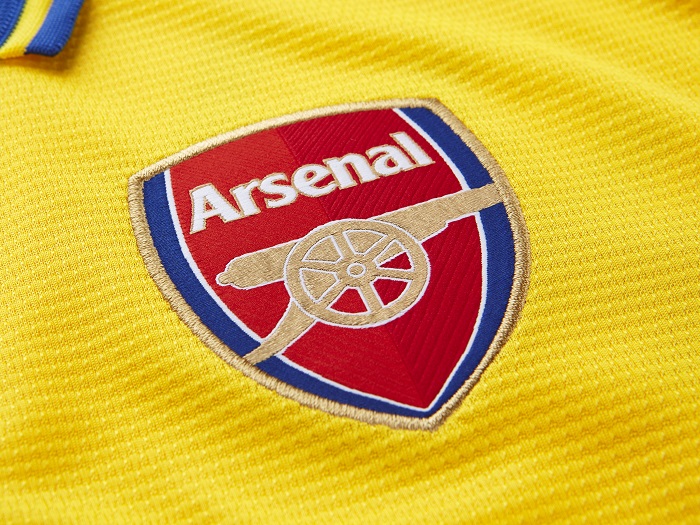 Take a look at the crest above and to the left chest below and the tag at the back of the collar below. 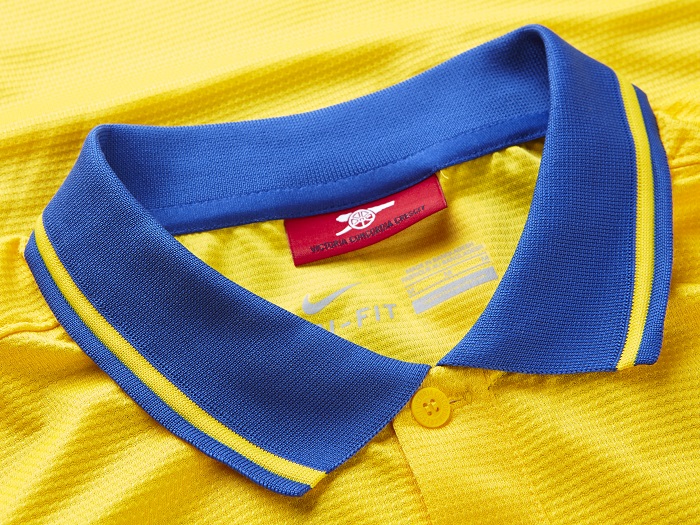 The logo is in a clean and modern style after it was re-done a couple of years ago. 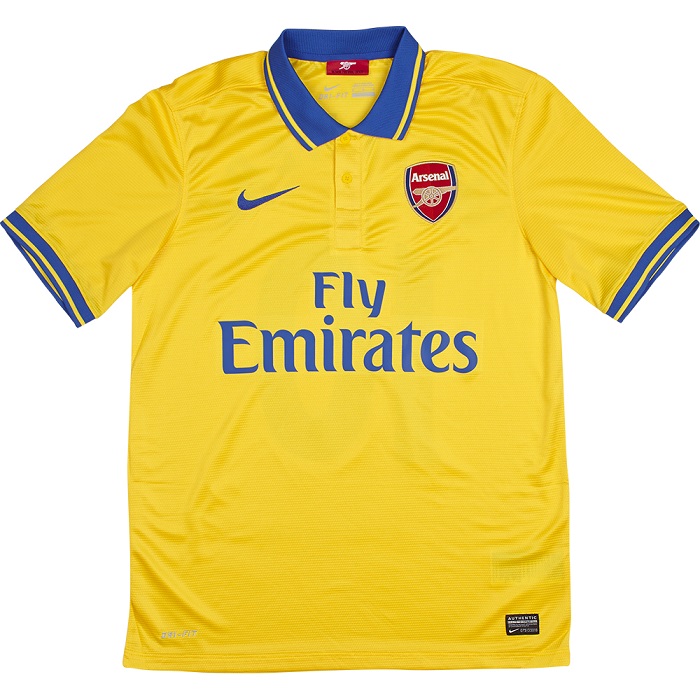