On the 16th of July the new Juve home kit for the season 2014/15 was revealed.
Click here to shop the new Juventus jerseys 2014/15
This will be the last Juve kit from Nike for the foreseeable future. From the summer of 2015 Juve will switch to Adidas on a long term deal. 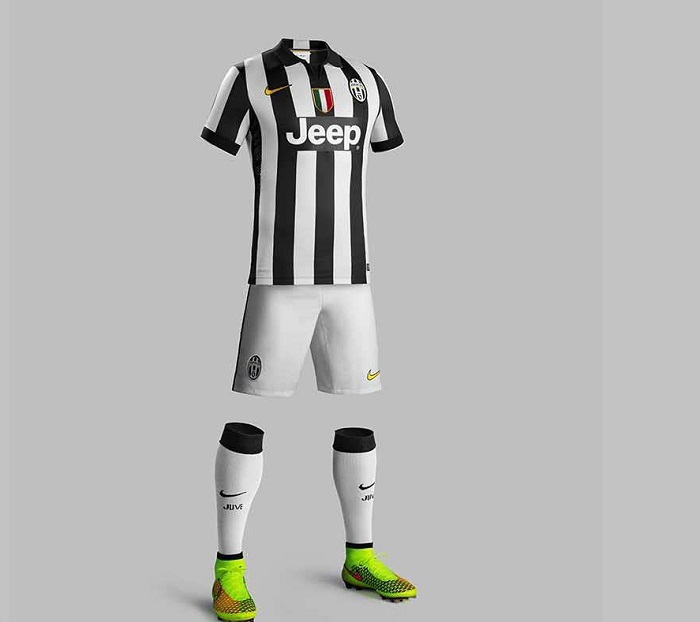 The jersey comes with the Scudetto badge to the chest symbolizing that Juve won the league title the previous season.
The stars above the crest have been scrapped. Even though Juve no qualifies for 3 stars with or without the 2 league titles which were taken away due to mix-fixing charges. The new total stands at either 30 or 32.
The visual expression of the shorts and socks is based upon broad stripes. Down the sides of the shorts there is a broad black stripe. Same to the top of the socks.
The printing of the jersey is yellow while the shorts numbers are black.