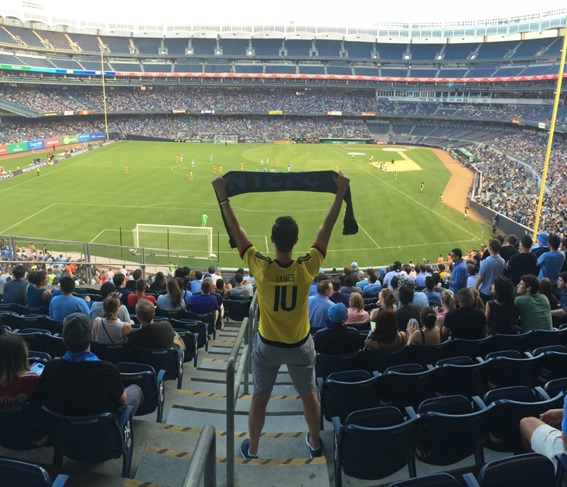 Colombia have recently found their second golden generation, with former stars Carlos Valderrama, Freddy Rincón, Faustino Asprilla, and René Higuita passing the torch to new heroes James Rodríguez, Radamel Falcao, Fredy Guarín, and Carlos Bacca. While the new kids still have a ways to go before reaching Valderrama’s caps record (111 for Colombia), Falcao has already become the leading goalscorer for his country, and his compatriots are playing on the most famous teams in the world: Real Madrid, Manchester United (on loan), Inter Milan, and so on. Check out this website that shows how these stars come from a relatively small area of the country! Currently ranked 4th in the world, Los Cafeteros have to believe this is their best chance to win the Copa América for the second time, having won their first at home in 2001.
Adidas have ensured that, regardless of their record in the competition, they will look fantastic. Their new home shirt is a blend of flash and fashion, with some interesting new design features compared to former kits.
The Shirt 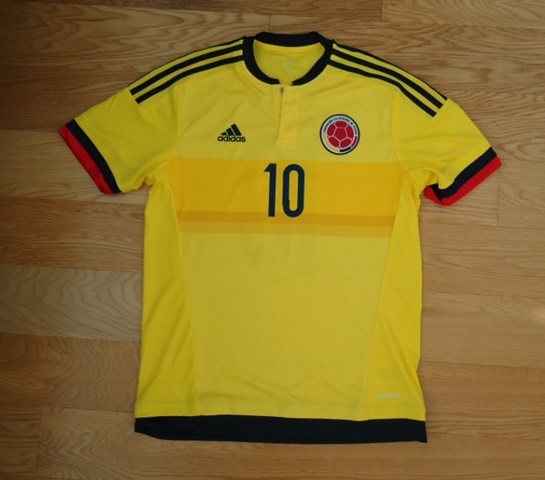 Colombia’s 2015 Copa América home shirt keeps the longstanding tradition of the predominantly yellow shirt with red and blue accents. It uses the standard Climacool material, which is comfortable and soft compared to most other brands. What I like about the Adidas jerseys is the combination of breathable yet heavy material, so it feels nice on the body. It wears somewhat slim, but not tight like the authentic/player issue versions. 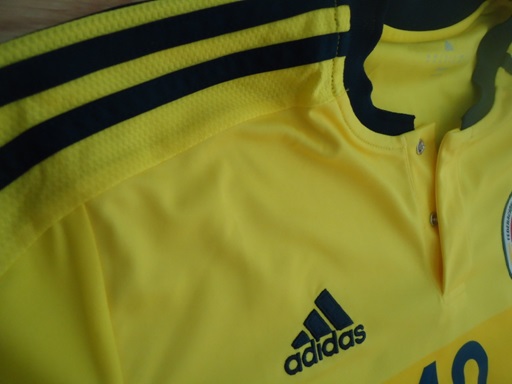 The shirt has a standard crew neck with a protruding collar. The chest opening closes with snap buttons; this is the first time I’ve ever seen this feature on a shirt. While you may think the metal bits are heavy or obstructive, it’s hardly noticeable. It may be slightly more useful to open/close, but I don’t love the way it looks.
Details 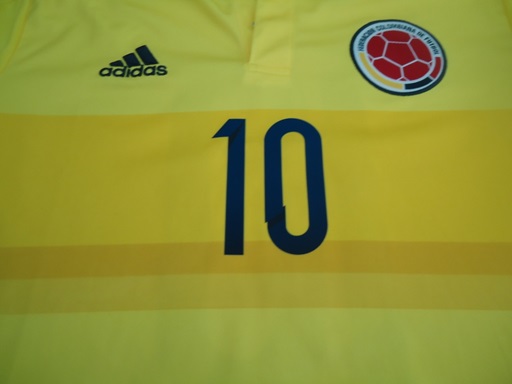 The body of the shirt has a few strips of different shades of yellow, which is a nice little accent to add some diversity to the overwhelming yellow front. 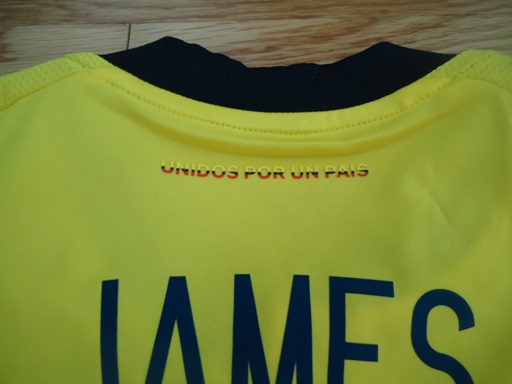 The back of the neck features “Unidos Por Un País” (which translates to, “United For One Country”) in the colors of Colombia’s flag. This is printed with protruding plastic, which almost surely will come off with time. Adidas should have thought ahead, and screen printed it like the name/number set. 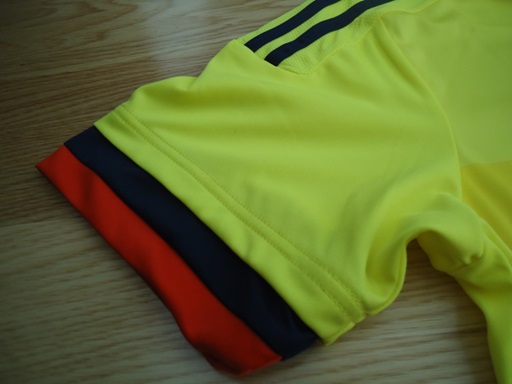 One of my favorite and least favorite design elements of the shirt is the cuffs on the arm holes and waist opening. I think the armhole cuffs look especially great, but the waist looks a bit awkward without the official shorts to complete the design. 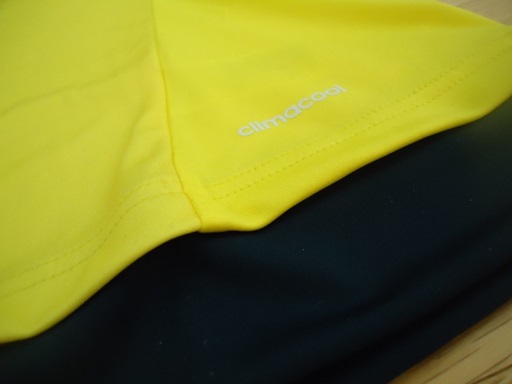 Another interesting feature is the seams, which come in from the pit diagonally towards the center of the shirt. When I wear it, I don’t see any noticeable difference because of it, but I would be interested to hear if other people prefer or dislike it. 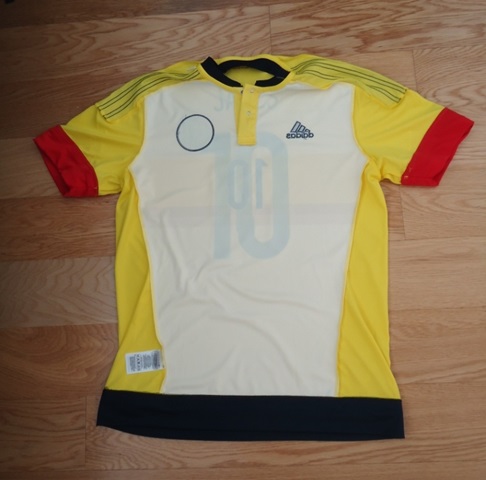 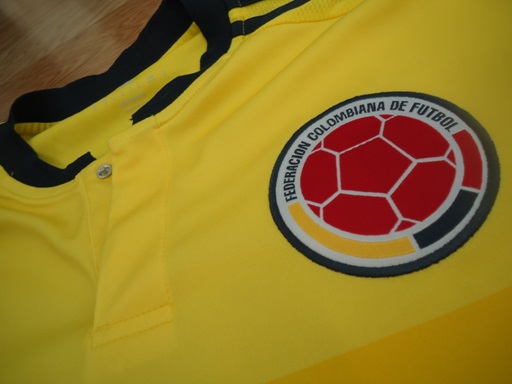 The badge is stitched in and looks great.
Printing 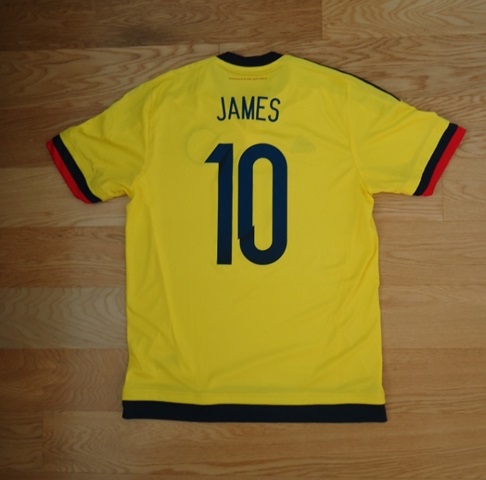 This edition of the Adidas country print is sleek and gets a few style points for the color and font accents to the numbers. The color suits the shirt well, and while I think the font is a little too thin, the consistency from letters to numbers makes it look just fine. The set is made of a plastic like material. 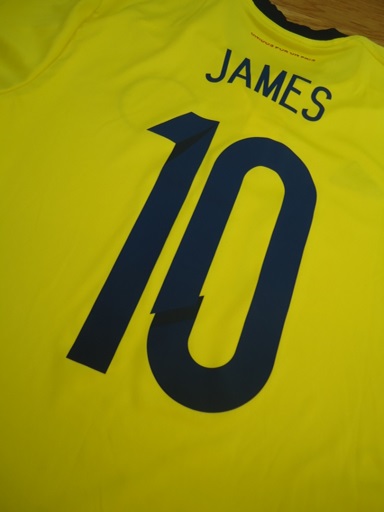 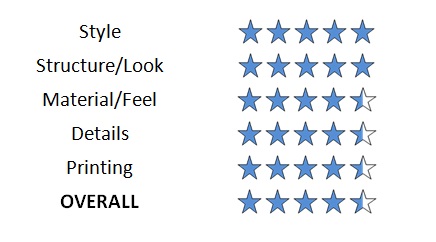 A wonderful shirt overall, but a couple of minor details keep it from being perfect. Surely this will be one to remember for Colombians for years to come.
As always, the official kit and printing are available to purchase from iDfootballdesk.
Shop Colombia jerseys here!