For the Confederations Cup in Brazil 2013 Spain has now launched a new jersey. 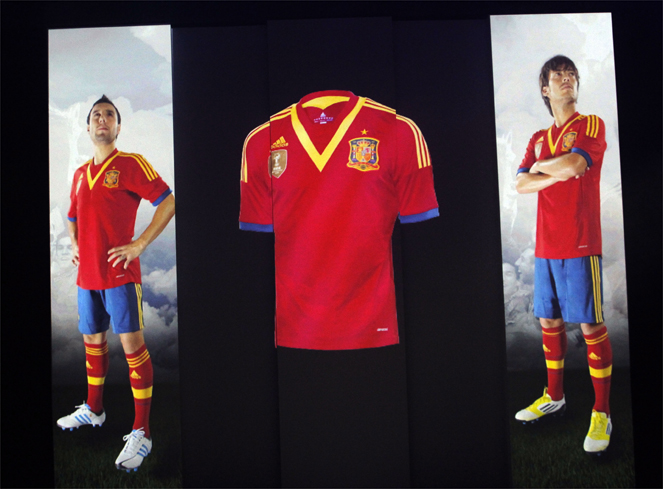 Some polemics has arisen over the crest. Apparently part of the logo is from French Borbons and not from the Spanish branch of the family.

Furthermore the rupture with the classical jersey due to the bright and dominant yellow V has put off many fans.