According to a Spanish expert on the finances of the Spanish football clubs only 3 teams do not risk to go bankrupt.

The latter has just said good bye to their 100 years old stadium San Mames in favor of a brand new stadium built pretty much on top of the old one. 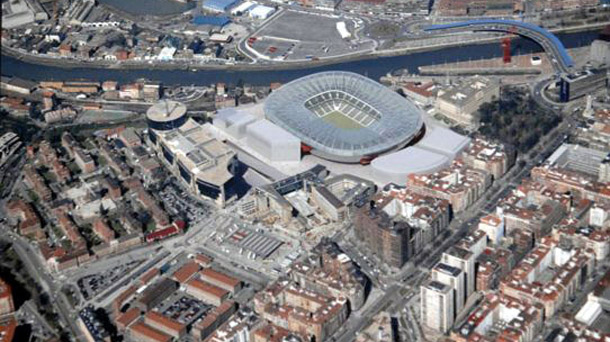 Surely a new and modern stadium is a money making machine. So in order to re-vitalize the Spanish league it is important that other clubs than Barca and Madrid can generate significant money from their stadium.

Good luck to Bilbao. After the Guggenheim they now also have the San Mames Barria – a new state of the art arena for the holy practice of the game of soccer.