“This Shirt Was Made For You And Me”

Sunday, April 21st 2013 – LIER, BELGIUM In the world of football, there are few shirts that are as recognisable as the ones from The Celtic Football Club. Every year the Scottish giants bring out a shirt that the Celtic supporters are proud to wear and to see worn by the players. For the still ongoing 2012-13 season, Celtic and manufacturer NIKE have worked together to create a shirt that captures people’s imaginations. So what’s so special about this shirt? This review will give you a better insight. 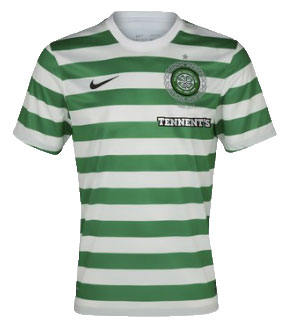 The design is one that dates back to the early history of Celtic FC. As you may know, the club have strong Irish roots thanks to Brother Walfrid (Andrew Kerins). He was the Irish founder of the club back in 1887. As a priest coming over to Glasgow from Sligo he intended to raise funds for poverty in parts of the Scottish capital by founding a football club named Celtic. When they played their first game in 1888 against Rangers FC – who would later prove to be their ever bitter rivals – a green and red Celtic cross could be seen on their white shirts. A couple of seasons after that they played in vertical green and white stripes, but it was not until the 1903-04 season before the advent of the now famous horizontal green and white hooped jerseys.

The shirt contains a lot of great details. Let us start with the badge. This season Celtic FC celebrated their 125th anniversary. The special badge with its typical Irish shamrock in it has a Celtic knot around it and below the badge we can see the 1888-2013 hinting towards the long and history of the club.

On top of it a star marks the European title of the 1966-67 season when Celtic beat the Italians from Internazionale 2-1 on a sunny 25th of May in Lisboa, Portugal. It was the first time the European Champion Clubs’ Cup has been on British shores. That deserves a star indeed, but let us not forget they won the Scottish League, the Scottish Cup, the Scottish League Cup and the Glasgow Cup that season as well!

The badge itself is a high quality embroidery which also feels very soft. The star, knot and numbers are plastic glued onto it, which I fear will not withstand the test of time. So be careful not to wash this too much! But other than that it looks like a great and mighty badge.

It doesn’t happen very often that sponsor printings blend well into the shirt. But on this occasion NIKE and sponsor Tennent’s have made that happen. Just below the badge they glued on the little plastic logo of the UK beer trademark. Very subtle, but it works and catches your attention. The big advantage is that you have a shirt that actually still looks like a football shirt. The green and white hoops predominate. 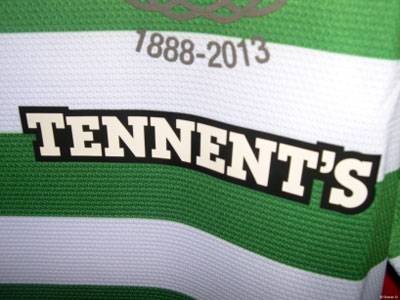 A nice detail to know is that there are also unsponsored shirts for sale, but they are harder to find. Celtic FC were asked to make them for when they played European games in countries such as Sweden, where alcohol sponsorship is prohibited. The hoops weren’t allowed to continue all the way at the back due to visibility of the back numbers (UEFA regulations). But strangely enough this shirt with the white space isn’t sold, so it’s only there for the Celtic players. 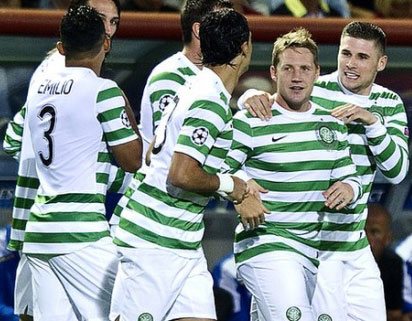 The collar is a normal white one, which I find a bit disappointing. V-neck collars represent the tradition more I reckon. Inside the shirt you have the NIKE swoosh and a plastic authentic crest of the club, together with the years 1888 and 2013. At the back of the collar you’ll find the subtle text “CELTIC”, only contributing more to the characteristics of the shirt. 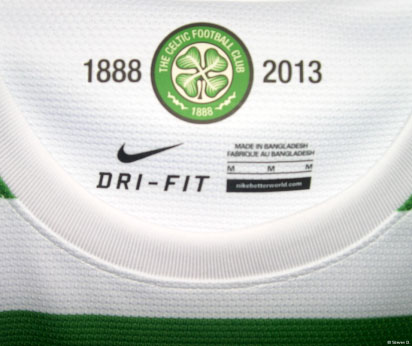 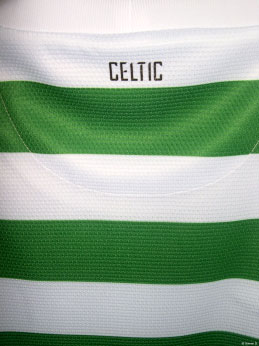 The Printings and Patches 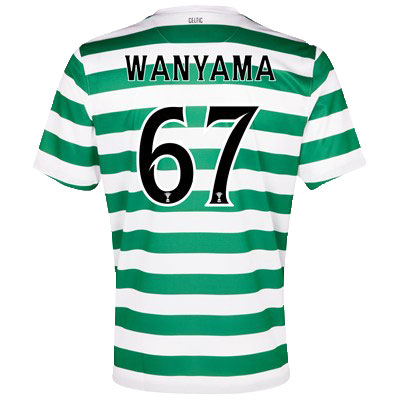 A nice little addition is that you can always add patches to football shirts. You can for example add the Clydesdale Bank Scottish Premier League badges. The gold ones are for the champions only. But personally I prefer to have a UEFA Champions League Starball on the right sleeve. Really great material.

When you first wear it, you notice the shirt has a great comfy feel. It actually feels slightly warm but at the same time it gives you a certain lightness. You barely notice you are wearing it, and the DRI-FIT technique absorbs your body sweat, which is awesome when playing football for example.

This really is a high-end shirt and a great overall effort by NIKE. Definitely worth a 9.5/10. And remember this will always be a champion’s shirt, since Celtic beat Inverness Caledonian Thistle 4-1 today to clinch their 44th Scottish Premier League title! Personally I’ve been a fan of Celtic since their Champions League campaign in 2006-07, which really attracts the bigger public abroad. Next September I will visit Celtic Park, when the Belgian national team play Scotland in our quest to the World Cup Finals in 2014. I try to follow as much as I can from Celtic and I know for example that the club still runs a lot of charity funds. So when you are looking at this shirt, do it from a historical perspective and try to think of where its foundations lie, because…

This shirt was made for you and me. For the people. For the Celtic faithful.