Valencia has decided to launch a new away jersey midway through the season.

The jersey will be used alongside the blue away jersey which was launched at the beginning of the season.

The jersey incorporates the classical Valencia colors black and orange. 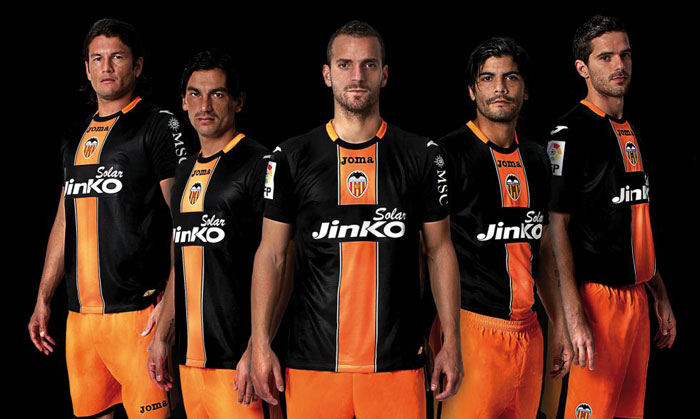 The producer and the design is by the Spanish company Joma.

Sponsor logos and badges are the same as for the other jerseys for the season 12/13.