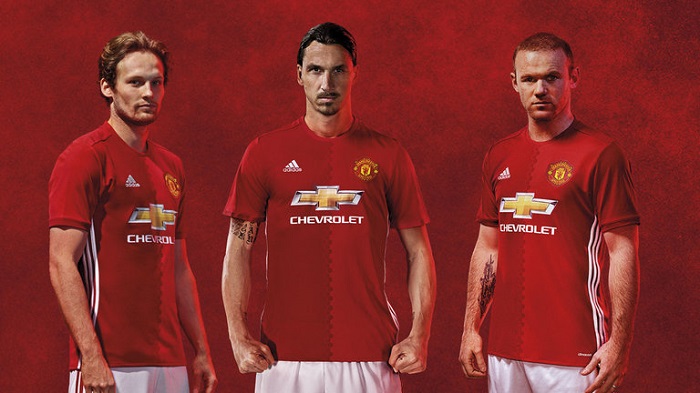 Even though Ibra as well as Rooney wear Nike footwear adidas has chosen them as the feature faces for campaign. Maybe that is why we do not get to see anything below the waistline ))
But in a second attempt we do get to see a bit more of what is going on below the belt.

Here we go! red shorts numbers mmmm wonder whether it will stay that way or if they will go back to black as they usually do.
mmm what happened to Ibra and Rooney ??? mmmmm well if we have to see it all. Then better pick some players who wear the right footwear ))