Juventus is using the same jersey and the same printing for the matches in Serie A as well as in the UEFA Champions League. While AS Monaco and Atletico Madrid have opted for different variants at back and with regard to printing in the case of la Juve it is the exact same thing.
Only the sleeve badges differ. 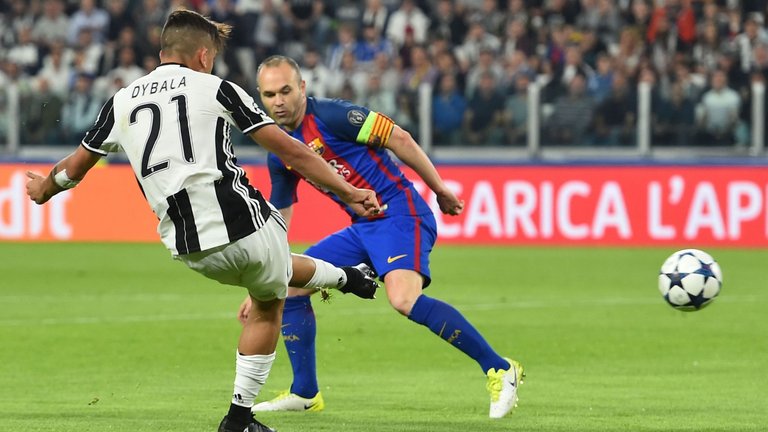 and has become common over the past few years even the star strikers have to help out defensively. Here we go ! Dybala defending against AC Milan striker Carlos Bacca. Printing and jersey being the same as in the image above taken from the UCL 1/4 final versus Barcelona.