Juventus won the Italian league in style. Thus the Scudetto badge was added. 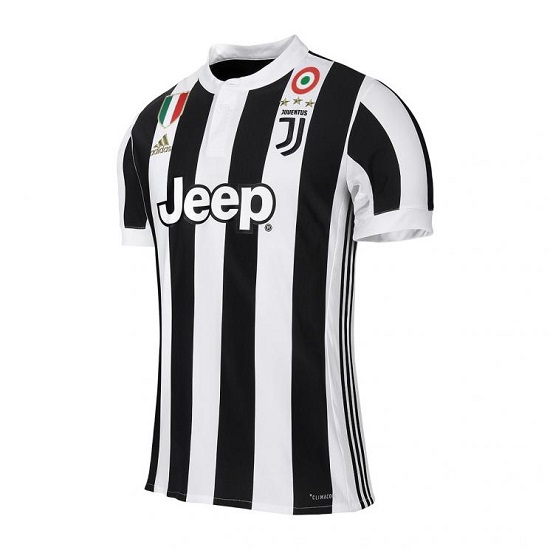 Furthermore Juventus won the Italian Cup – Coppa Italia – thus the round target board was added.
Three stars above the crest indicate that the club has won at least 30 league titles but not yet 40.
New club logo is also in place: Jj – which is double J for Juventus Juve or whatever . . . )
Click here to ship Juventus jerseys 17/18 now!
The away kit 17/18 is yellow.
The third kit 17/18 is dark green.