New Juventus home kit for the season 19/20 has launched!
The kit breaks with tradition since it is two split rather than a striped design.

The printing is white on a black background. 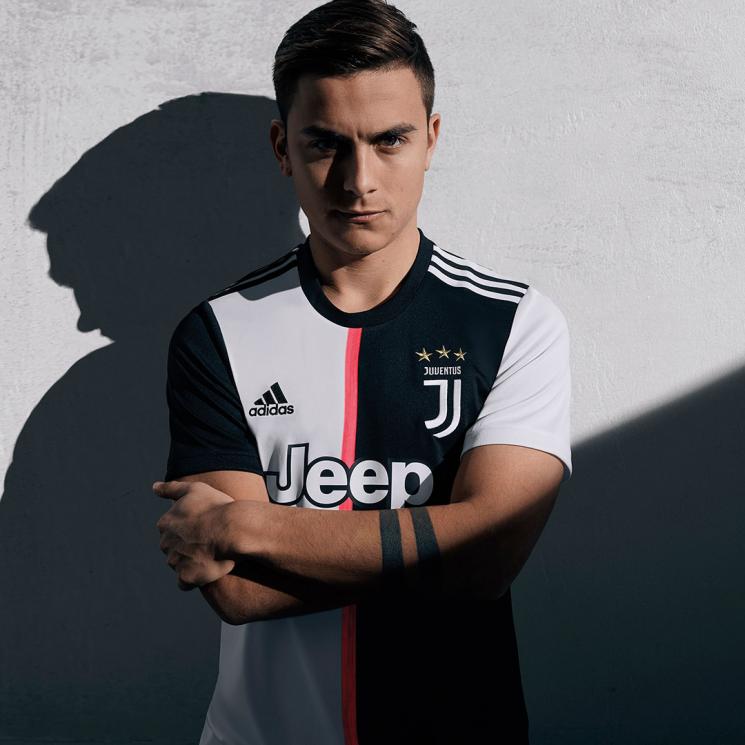 There is a pink stripe going down the middle between the two halves.
The very first kit Juventus sported more than 100 years back was pink. Thus even though the club is by now famous for the zebra themed black and white stripes there is a also pink tradition buried deep down.