Unfortunately Buffon did not make it Russia since Italy crashed out against Spain the group qualifiers and against Sweden during the play offs. 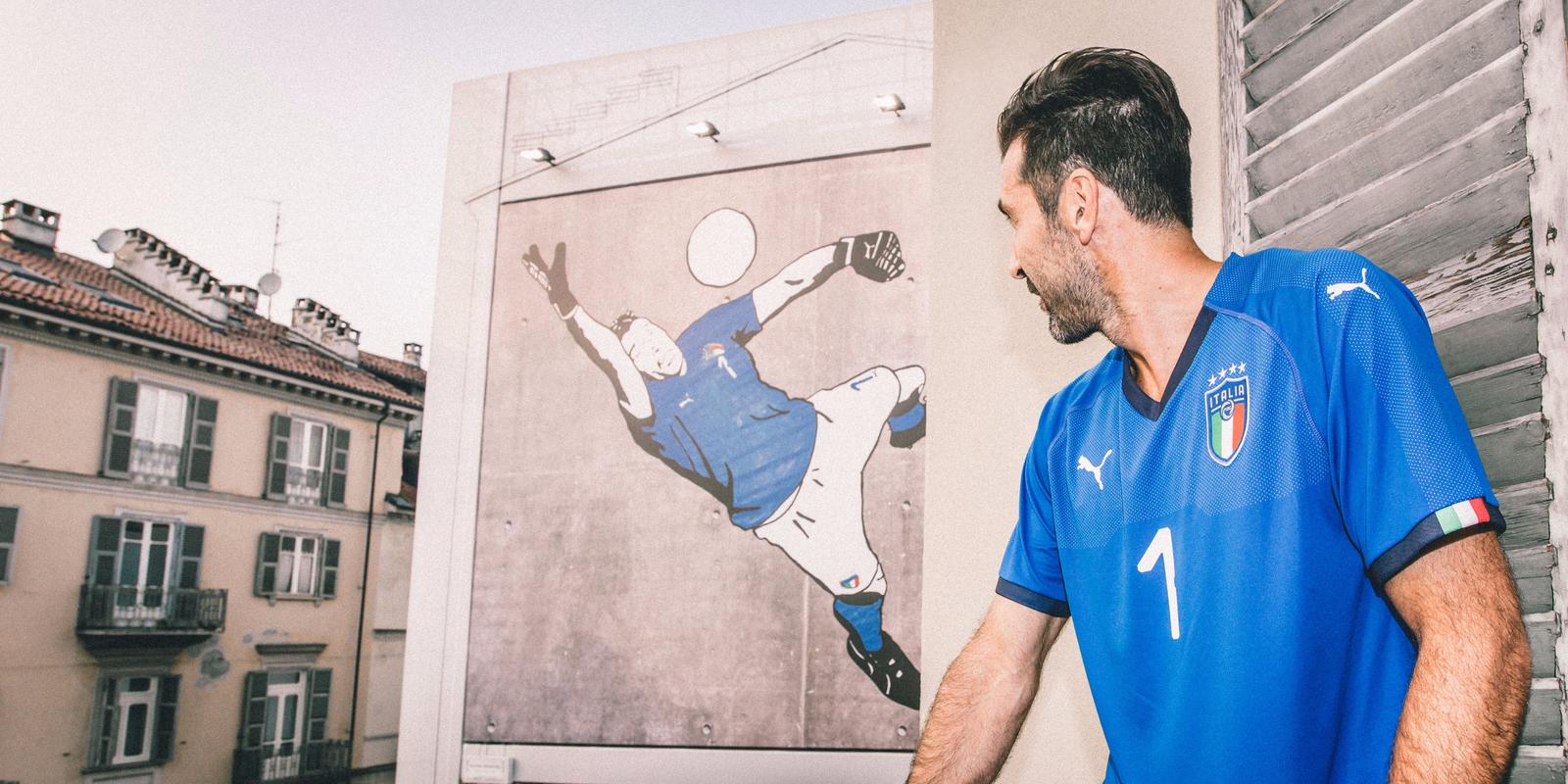 Buffon had already declared prior to the play offs that his last assignment with Italy would be the World Cup in Russia. Since Italy did not qualify it means he played his last match for Italy at the Giuseppe Meazza in the San Siro neighborhood of Milano versus Sweden. 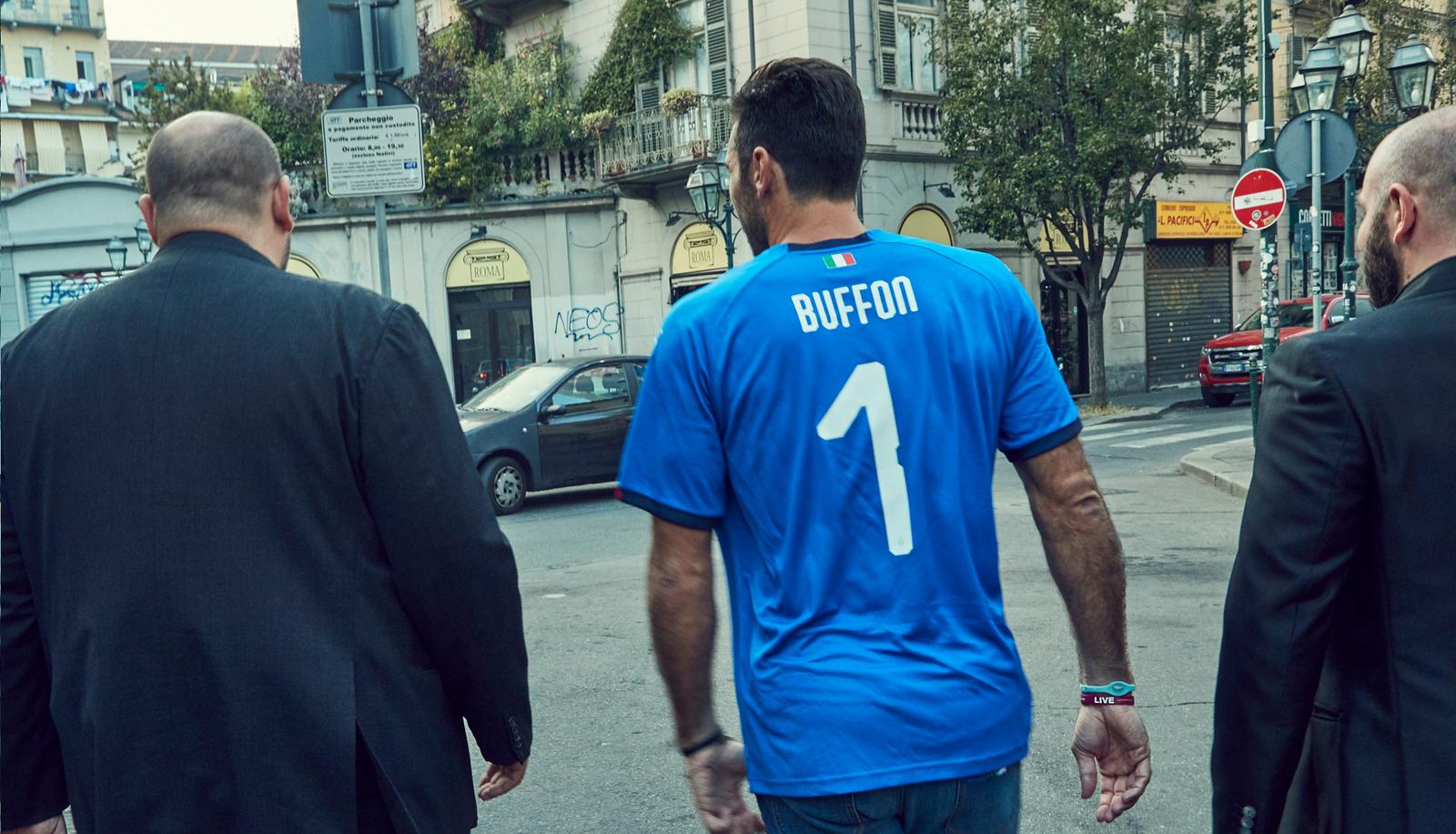 Since Buffon is sponsored by Puma he was chosen as the public face to represent the new Italy jersey at launch.
The official name and number kit is produced and delivered by Stilscreen.