The new FC Barcelona home jersey for the season 2015/16 was launched on the 27th of May.
First time ever the jersey comes with horizontal stripes rather than vertical stripes.
The shorts are red which uncommon though not unheard of.

The away kit will launch in July of 2015. The away jersey is yellow with Catalan red-yellow stripes at the back. 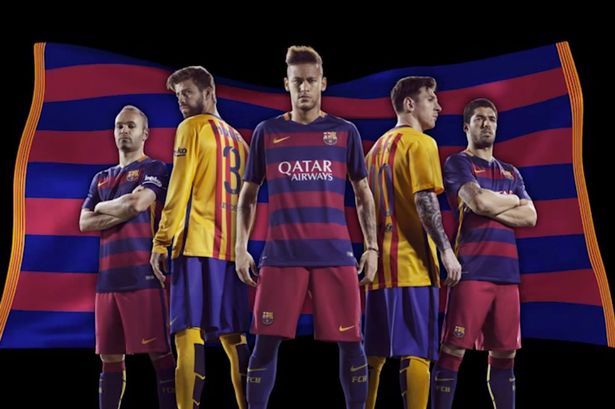 The sponsorlogo to the left arm sleeve is BEKO a Turkish company producing durables.
Qatar Airways take the spot at the front while UNICEF is invited to occupy space at the back below the name and number kit.