Dybala is the new number 10 in Juventus – following in the footsteps of for instance Del Piero. 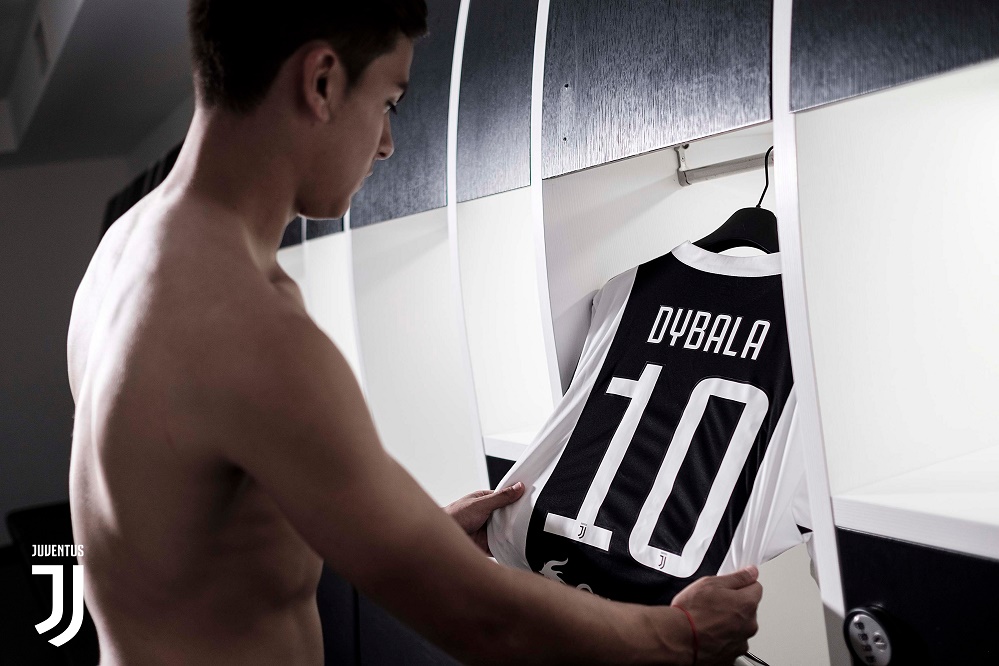 Dybala used to be the number 21 but Juve have decided to upgrade him number wise by awarding him the sacred number 10.
New Juve logo has also been presented prior to the season 17/18.
Beautiful photo below at the Juve Stadium in Torino. 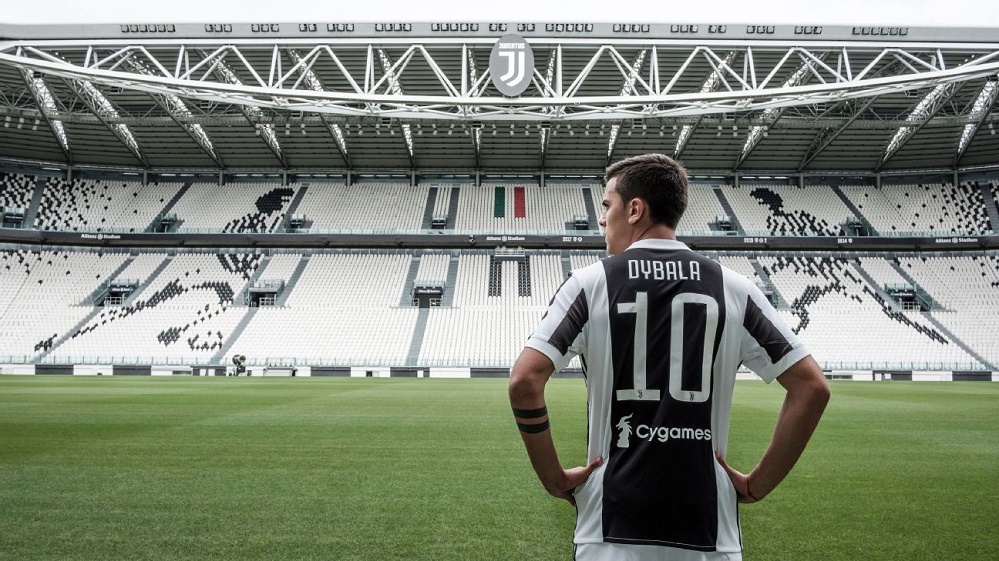