The Brazil home kit for the World Cup 2014 was launched back in December when the draw took place.

However, Brazil will not make to do with only a home uniform. The team will be equipped with the traditional blue away uniform as well as a black/dark green third kit.

The third kit has just been released! 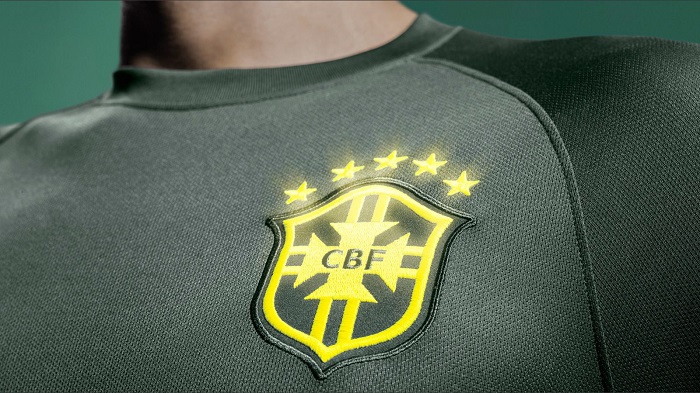 Two shades of a dark color. Black and maybe dark green or a grey tone seem to be the name of the game.

Pretty cool shorts with horizontal colors in the colors of the Brazilian flag green, yellow, and blue. 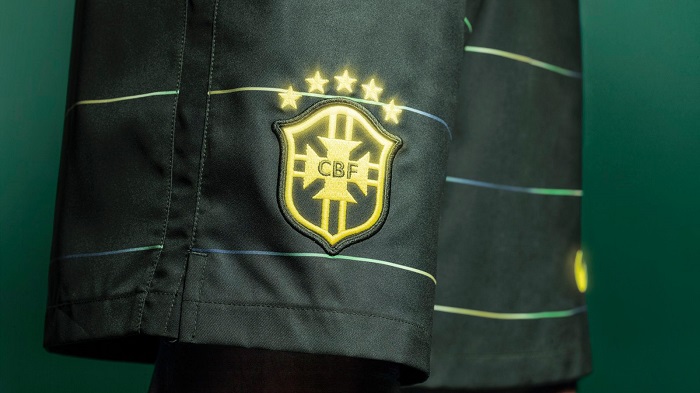 Brazilian third socks. Dark green. Not too much fireworks there. Rather plain socks not really designed to make too much noise. 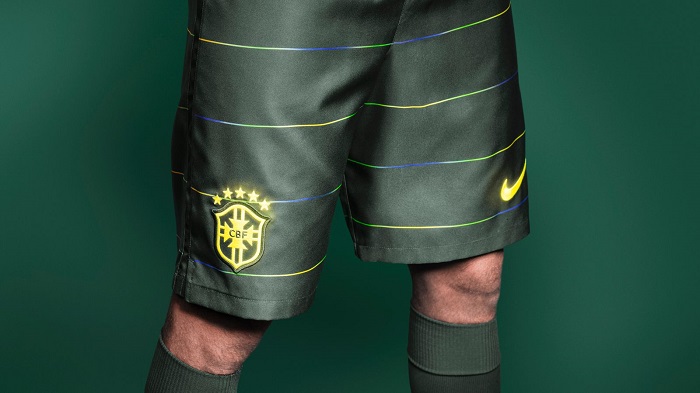 Strong yellow visual design impact through logos which all look rather bright on the dark background.