In February 2013 Brazil launched a new jersey. A ConFed 2013 national team jersey which was made explicitly for the ConFed Cup in Brazil as of June 2013.

Brazil ended up being the positive surprice of the tournament and went on to demolish reigning European and World Champs in the final at the Maracana in Rio de Janeiro. 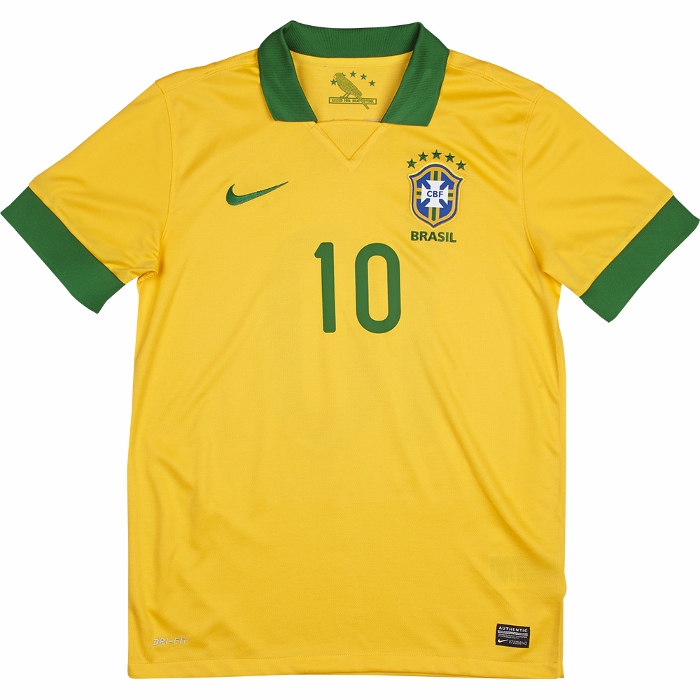 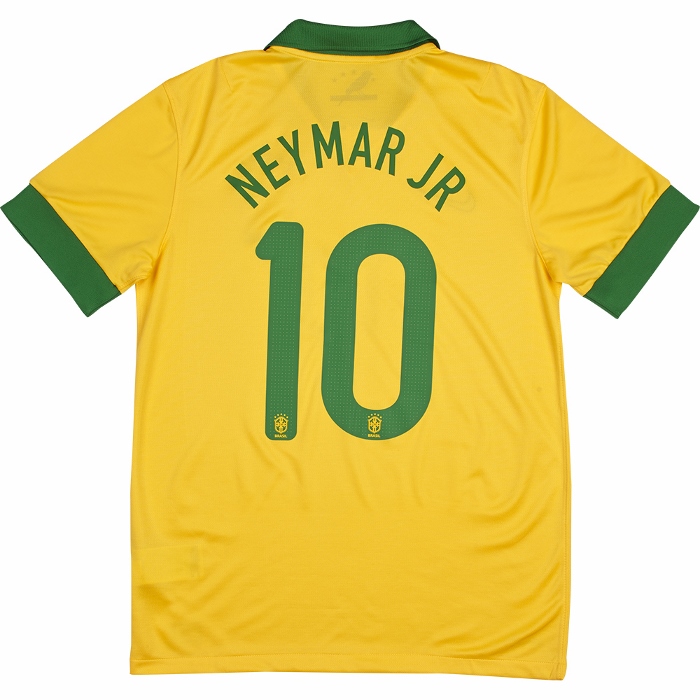 Together the two are very well integrated and create a powerful expression.

As Caraninhas – the little canaries is the nick name of the Brazilian national side. The logo at the back of the collar tries to make the connection. Nice little detail.